Everyone appreciates a decent house, and we believe that your front door is one of the greatest places to begin. So, why not provide some wisdom to your guests with our Gangsta’s Paradise Coir Doormat? It’s composed of natural coir fiber and has a charming pattern on it. This rug will help them feel at ease! 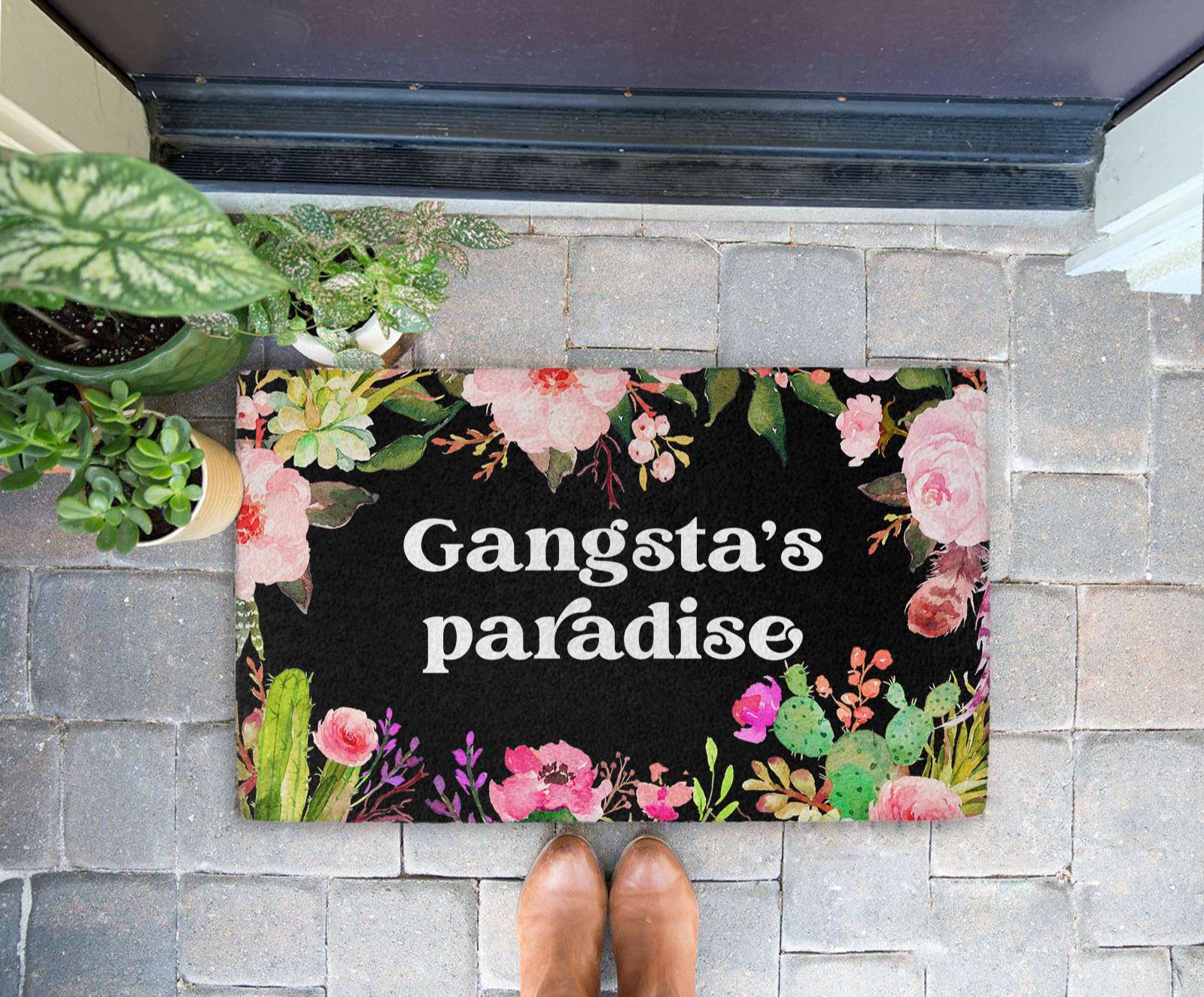 “Gangsta’s Paradise” is a song written by American rapper Coolio and performed by American vocalist L.V. Coolio’s second album of the same name was released in 1995, as was the music for the 1995 film Dangerous Minds. It includes an interpolation of Stevie Wonder’s 1976 song “Pastime Paradise.”

The song was ranked 85th on Billboard’s Greatest Songs of All Time and was the top-selling single in the United States in 1995. It was named number 38 on VH1’s list of the 100 Greatest Hip Hop Songs in 2008. In 2012, NME ranked the song 100th on their list of the “100 Best Songs of the 1990s.” Coolio received a Grammy nomination for Best Rap Solo Performance, two MTV Video Music Awards for Best Rap Video and Best Video from a Film, and a Billboard Music Award for the song/album. In The Village Voice Pazz & Jop critics’ poll, the song was chosen the greatest single of the year.

Our Gangsta’s Paradise Coir Doormat will not only make you feel like a true gangster, but it’ll also keep your home clean. The durable coir fibers and high-quality, silky smooth finish make this mat an easy fit for any home decor. With a natural rubber backing to keep it in place and off your floors, our Coir doormat is the perfect addition to any chic pad.