This Sleepaway Camp Halloween Horror Movie Tee is ideal for aficionados of horror films. The film was released in 1983 and stars the late Robert Brian Wilson as Ricky, Felissa Rose as Angela, and Estelle Harris. This shirt portrays a death scene from the film and would make an excellent gift for any Sleepaway Camp enthusiast! 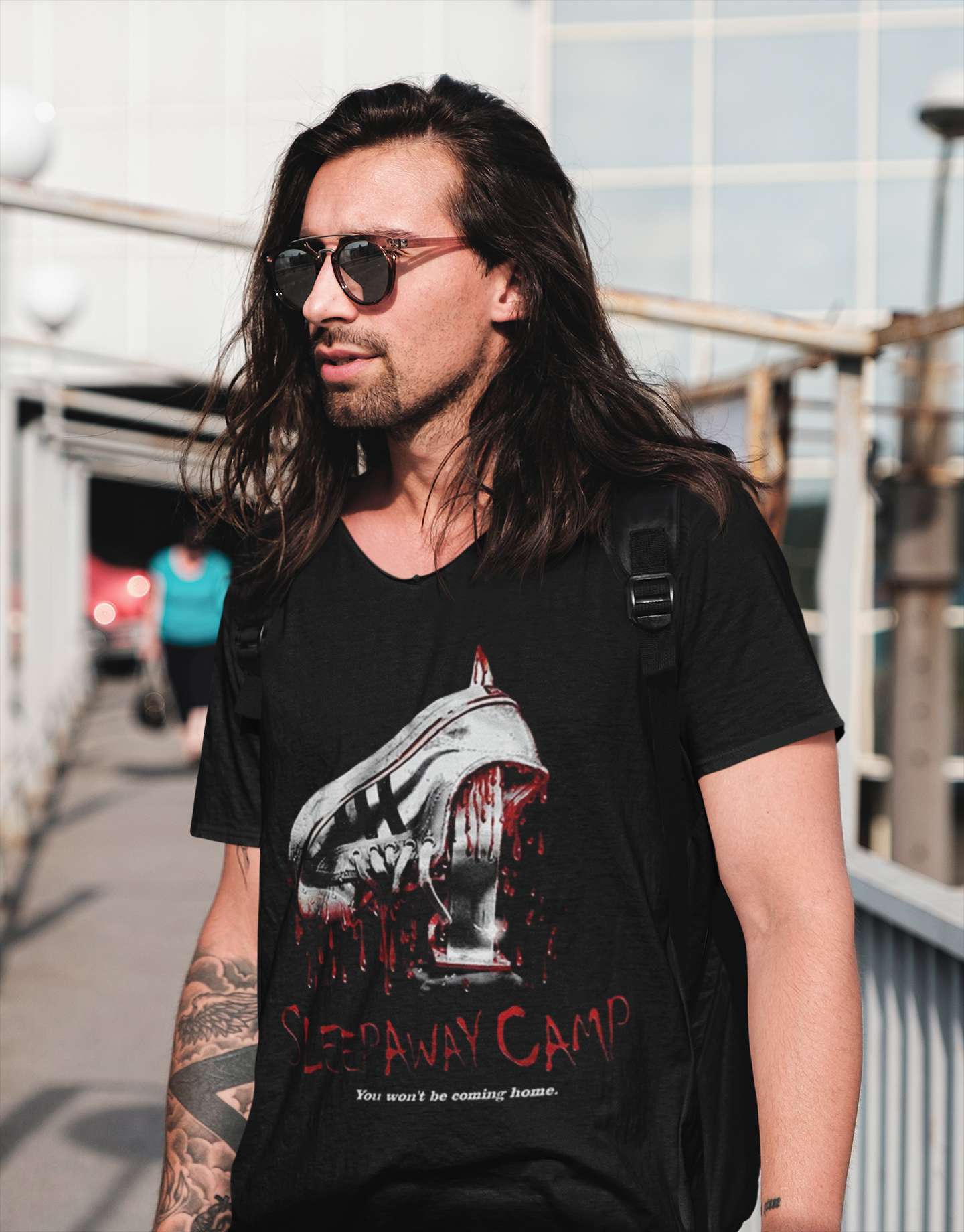 The Summary of Sleepaway Camp

Sleepaway Camp is a 1983 cult classic slasher horror film written, directed, and executive produced by Robert Hiltzik. At first sight, the film seems to be about young campers being murdered at a summer camp, but the plot meanders into the mystery, comedy, and psychological genres. It was created at a period when horror films were popular. The success of the picture prompted the release of five further films, bringing the total to six.

After her family is killed in a terrible boating accident, a meek and gloomy girl called Angela moves in with her eccentric Aunt Martha and her protective cousin Ricky. Martha takes the kids to Camp Arawak years later. A series of weird and progressively horrific incidents begin to take the lives of numerous campers and staff members soon after their arrival. Who is the deranged man responsible for these murders? The frightening conclusion has cemented the film’s status as a great American cinema horror classic.

This Sleepaway Camp Halloween Horror Movie Vintage Tee is the ideal way to show off your enthusiasm for a fantastic film. This design is inspired by classic horror movie foilage and strong typography placed against a damaged backdrop for a vintage appearance.