I Would Hit That Vintage Shirt

If you like vintage t-shirts, this is the one for you. This I Would Hit That Vintage Shirt mixes wit with a traditional style, making it the ideal complement to your wardrobe. It’s made of cotton and features double-needle bottom and sleeve hems for a long-lasting, well-fitting style.

I Would Hit That Vintage Shirt Description 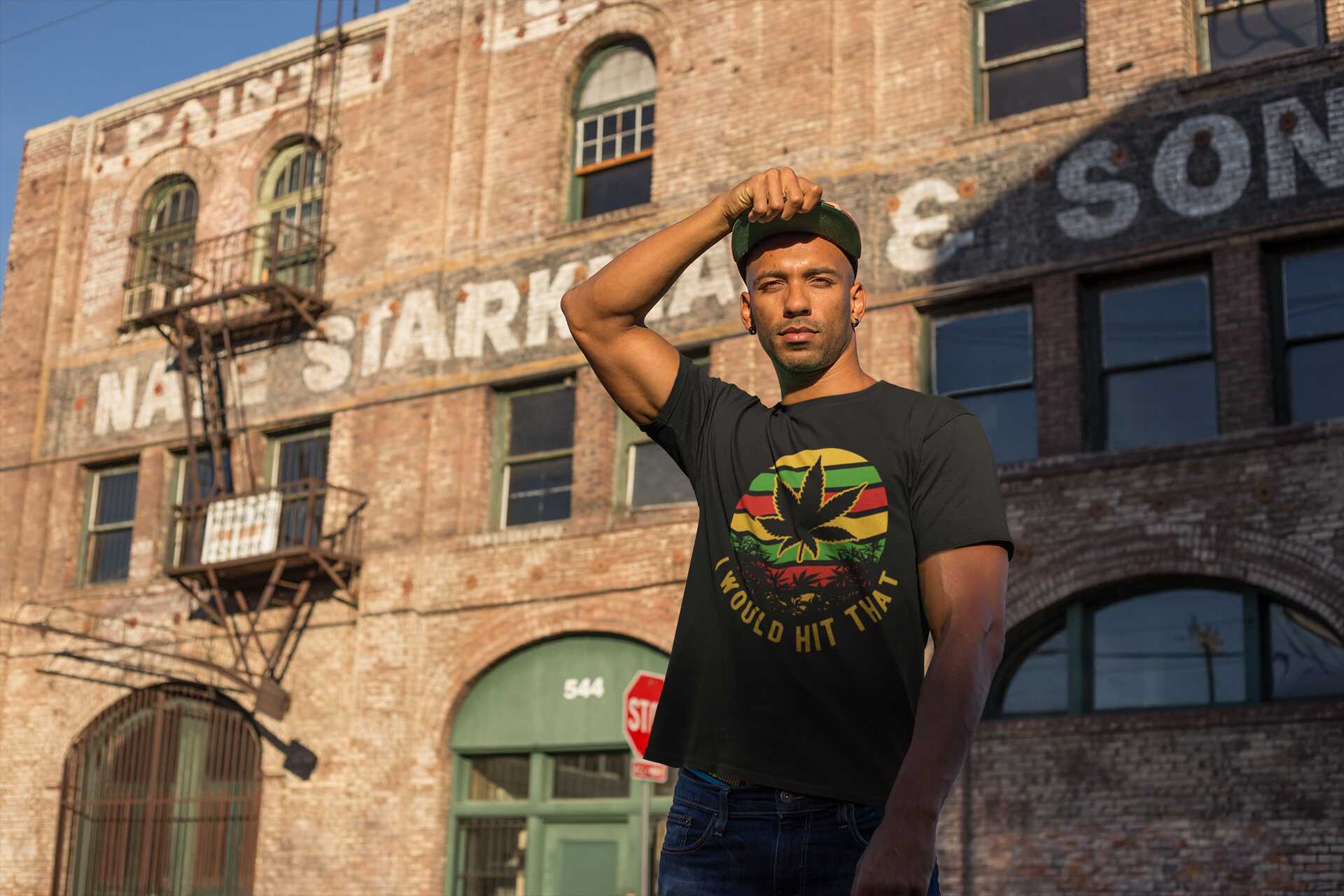 I Would Hit That Vintage Shirt Information

“I Would Hit That” Catchphrase

I’d Hit It, which is sometimes used interchangeably with “I’d hit that” or “I’d tap it,” is a statement used to describe photos or allusions to people who the speaker considers attractive. The catchphrase is also often used humorously, particularly when applied to picture macros of well-known personalities or people and paired with a joke.

The catch’s precise origin is uncertain. On January 23rd, 2003, user DictionaryX described it as “Vernacular, widely used by guys, meaning, ‘I would want to have sexual contact with that girl.'” The definition has 3551 upvotes and 253 downvotes as of September 25th, 2015.

The statement was featured in a web commercial for the fast-food business McDonald’s in 2005, causing controversy and being named by several sites as one of the worst advertising blunders ever. In May of 2009, YouTube user NcredibleEnt posted “I’d Hit That,” a spoof starring performers Kevin Hart and Affion Crocker. The sketch was a spoof of a Charlie Rose-style talk show, except instead of discussing international issues, the characters discussed various persons with whom they may have sex. Its sketch was created in at least two episodes, and according to Google Trends, this publishing corresponded with a spike in interest in the term online. Since its release, “Episode 4” has received 35,000 views, while “Episode 8” has had over 57,000 views as of September 2015.

The statement has since been tagged on several picture macro and meme archives, including Memecenter, WeKnowMemes, and Cheezburger. The single-topic blog “idhititlike” was launched on April 18th, 2011, and was active till May 2013.

I would Hit that shirt features the weed image and the sunset retro style with the phrase ‘I would hit that’. This vintage design t-shirt makes the perfect gift for the person who loves vintage style.