Halloween is almost approaching, and for those who like to be terrified by ghosts or dangerous animals, we have the Phase IV Halloween Horror Movie Vintage T-shirts for you. It is a woman’s worried face and a black ant on orange background with the words “Phase IV” in white color written on it. 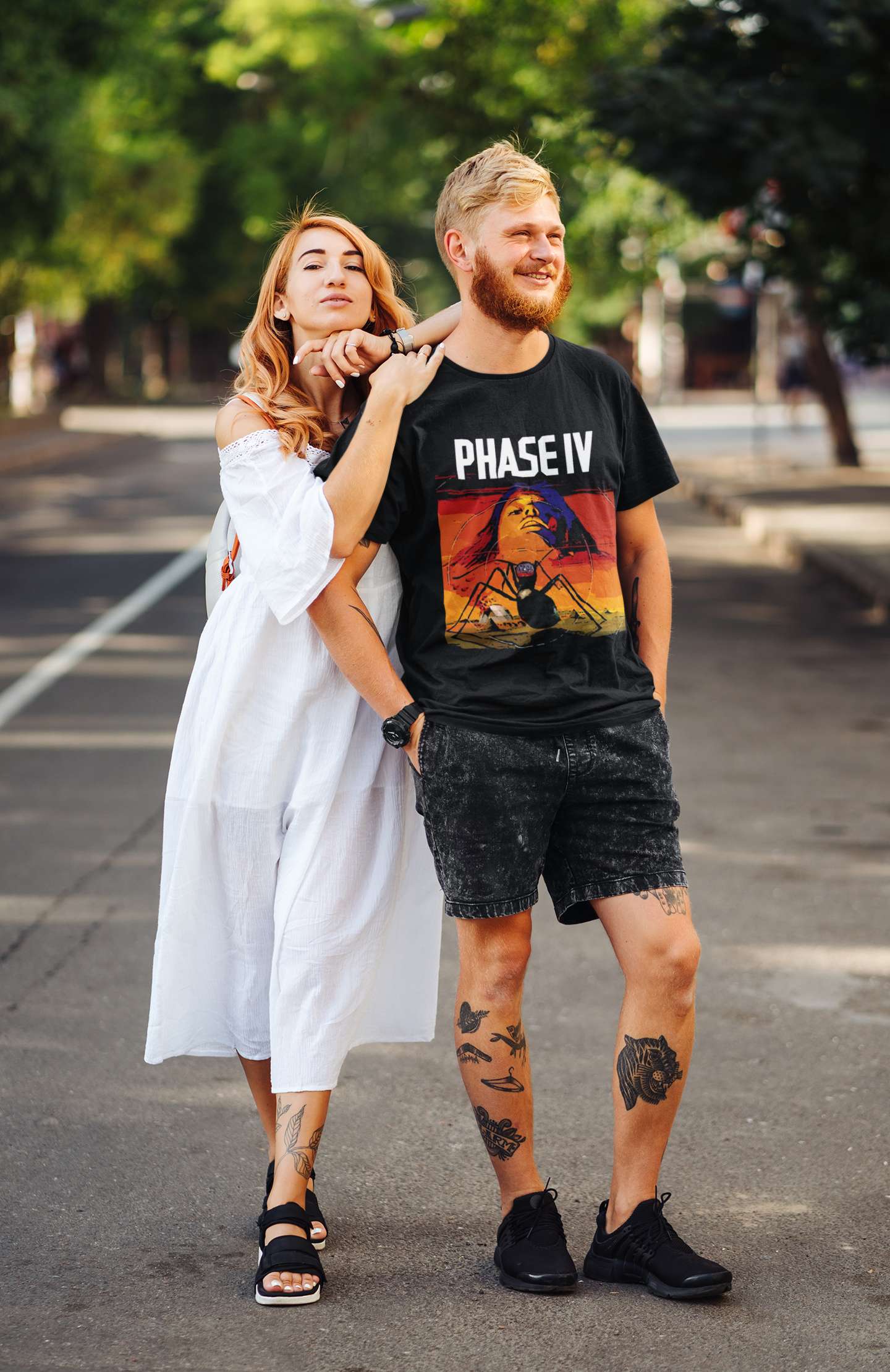 Phase IV is a science-fiction horror film from 1974. It is the sole feature-length film directed by Saul Bass, a graphic designer, and filmmaker. It stars Michael Murphy, Nigel Davenport, and Lynne Frederick.

Though the film is set in the Arizona desert in the United States, the interiors were filmed in Pinewood Studios in England and the outdoor scenes in Kenya. Alced Productions and Paramount Pictures co-produced the film.

As a consequence of the film’s box office failure, it was Bass’s sole feature picture. It has now garnered a cult following as a result of television airings starting in 1975, as well as appearances on Mystery Science Theater 3000 during the KTMA period. H. G. Wells’ 1905 short tale “Empire of the Ants” inspired the film. In November 1973, Barry N. Malzberg released Phase IV, a novelization of the screenplay.

We adore old-school horror films, and this Phase IV T-shirt is a terrific way to honor one of the finest. It’s perfect for Halloween and any other day of the year. The ideal Halloween shirt for showing your passion for this classic film.