This Regulate Your Dick t-shirt is a great way to show your support for the right of women to have access to abortions that are both safe and legal. Roe v. Wade was a seminal court case that legalized abortion, and as a result, all of us are now able to announce to the world that we do not believe governments should have the authority to decide when women are able to have children. This is because abortion was legalized as a result of the decision in Roe v. Wade. 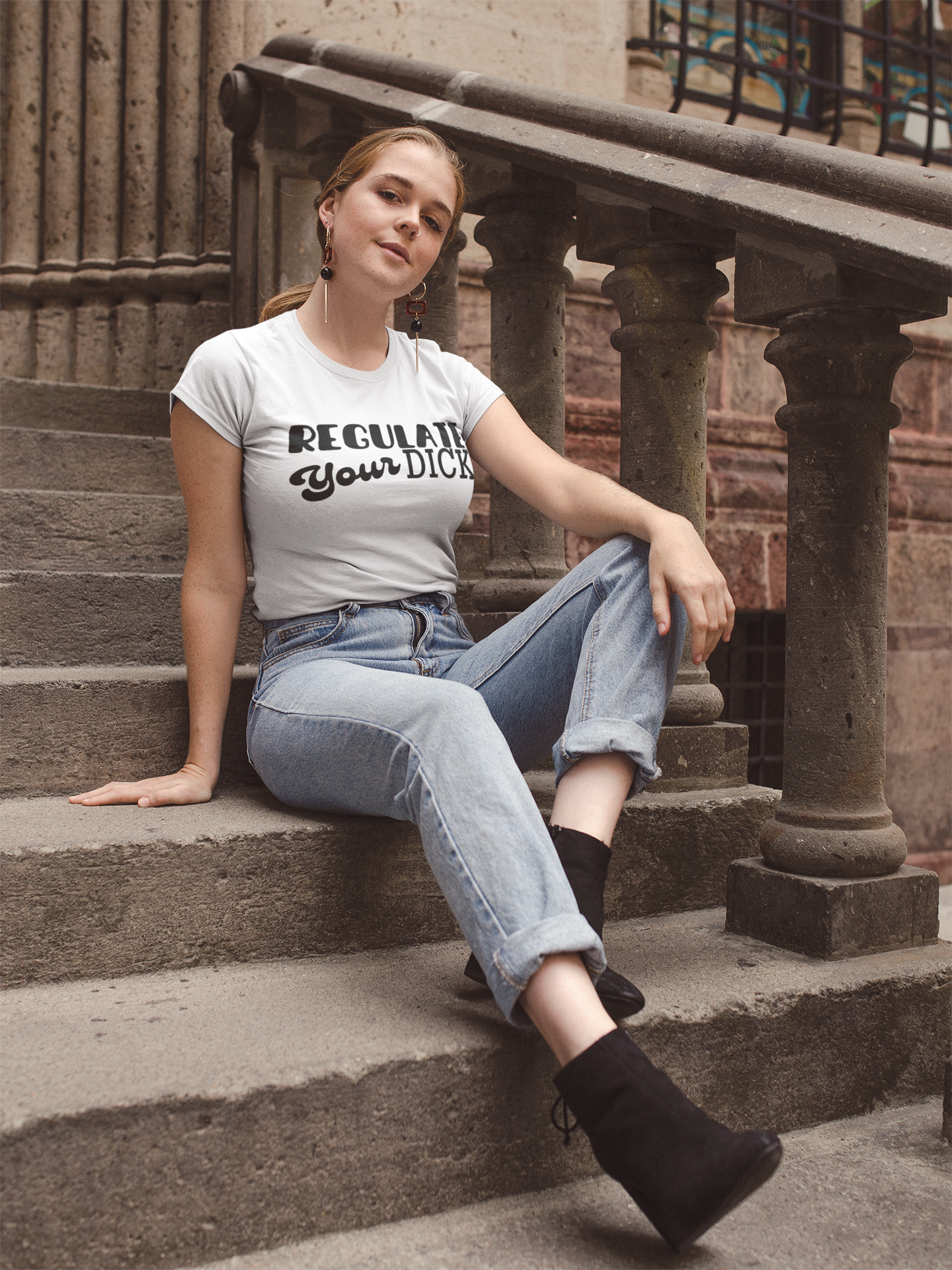 What was Roe v Wade about?

Roe v. Wade decided…
In 1969, 25-year-old Norma McCorvey adopted the pseudonym “Jane Roe” to challenge Texas’ criminal abortion laws. The state banned abortion, save in cases when the mother’s life was in danger.

Ms. McCorvey was eight months pregnant when she filed the complaint, claiming she had been sexually assaulted. Her appeal failed, therefore she had to give birth.

In 1973, the Supreme Court heard her appeal together with that of 20-year-old Sandra Bensing.

They argued that Texas and Georgia’s abortion laws violated the Constitution because they infringed a woman’s privacy.

They concluded that the Constitution guarantees a woman’s right to terminate her pregnancy.