When I was a youngster, my family used to watch Rocky movies together. I still watch them, but that was back when there was no internet and you had to rent VHS cassettes from Blockbuster and watch them over and over! So, what happened to that? Get this Rocky Iv Ivan Drago’s Boxing Camp Vintage 80S Movie T-shirt and relive your childhood! 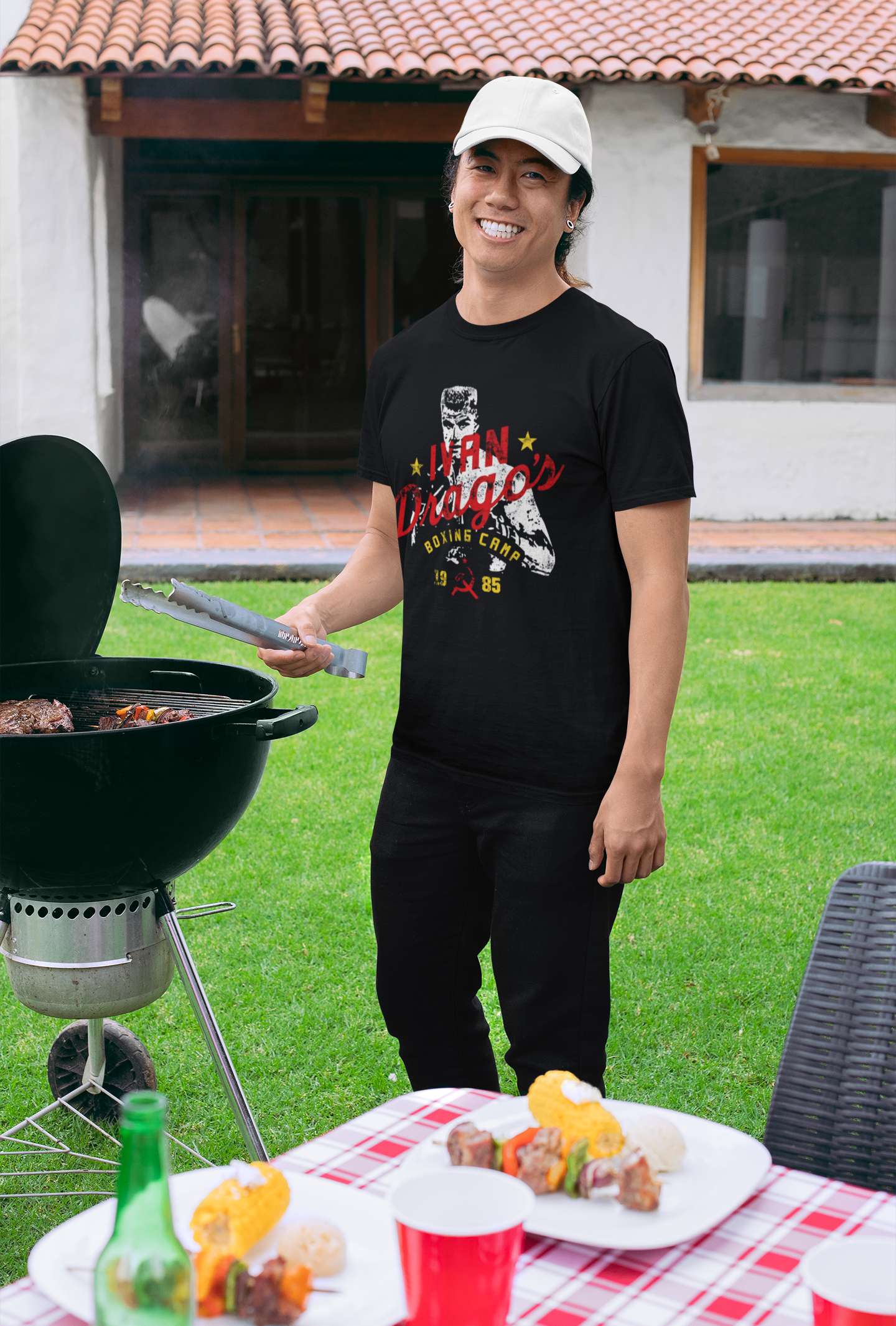 Was Ivan Drago a real boxer?

Ivan Vasilyevich Drago is a fictional Soviet-Russian character from the Rocky film series. He initially appears in the 1985 film Rocky IV, as the main opponent and rival of Rocky Balboa. He also appears in the 2018 film Creed II, where he plays the primary adversary and trains his son Viktor. Dolph Lundgren, a Swedish actor and real-life martial artist, plays him. Drago was voted the third-best combatant in the Rocky film series by a survey of former heavyweight champions and major boxing writers.

Ivan Drago is a Soviet Union Olympic gold medalist and amateur boxing champion with a record of 100-0-0 wins (100 KO). He is 6 feet 6 inches (198 cm) tall and weighs 261 pounds (118 kg). Drago has been meticulously equipped and trained to be the ultimate combatant. During his training, his heart rate and punching power are continually monitored by computers. Drago is shown in the film getting intramuscular injections, which are suggested to be anabolic steroids; however, the true nature of the injected solution is never clearly mentioned; instead, Drago’s wife jokes that Drago is like Popeye and eats spinach every day.

With this retro 1980s Rocky Iv Ivan Drago’s Boxing Camp Vintage 80S Movie T-shirt, you can show your support for the boxing film Rocky. Rocky IV is the fourth installment in the Rocky film franchise, starring Sylvester Stallone as Rocky Balboa and Dolph Lundgren as Ivan Drago. This item is available in a number of colors. Great shirt for any Rocky fan or fan of the movie in general.