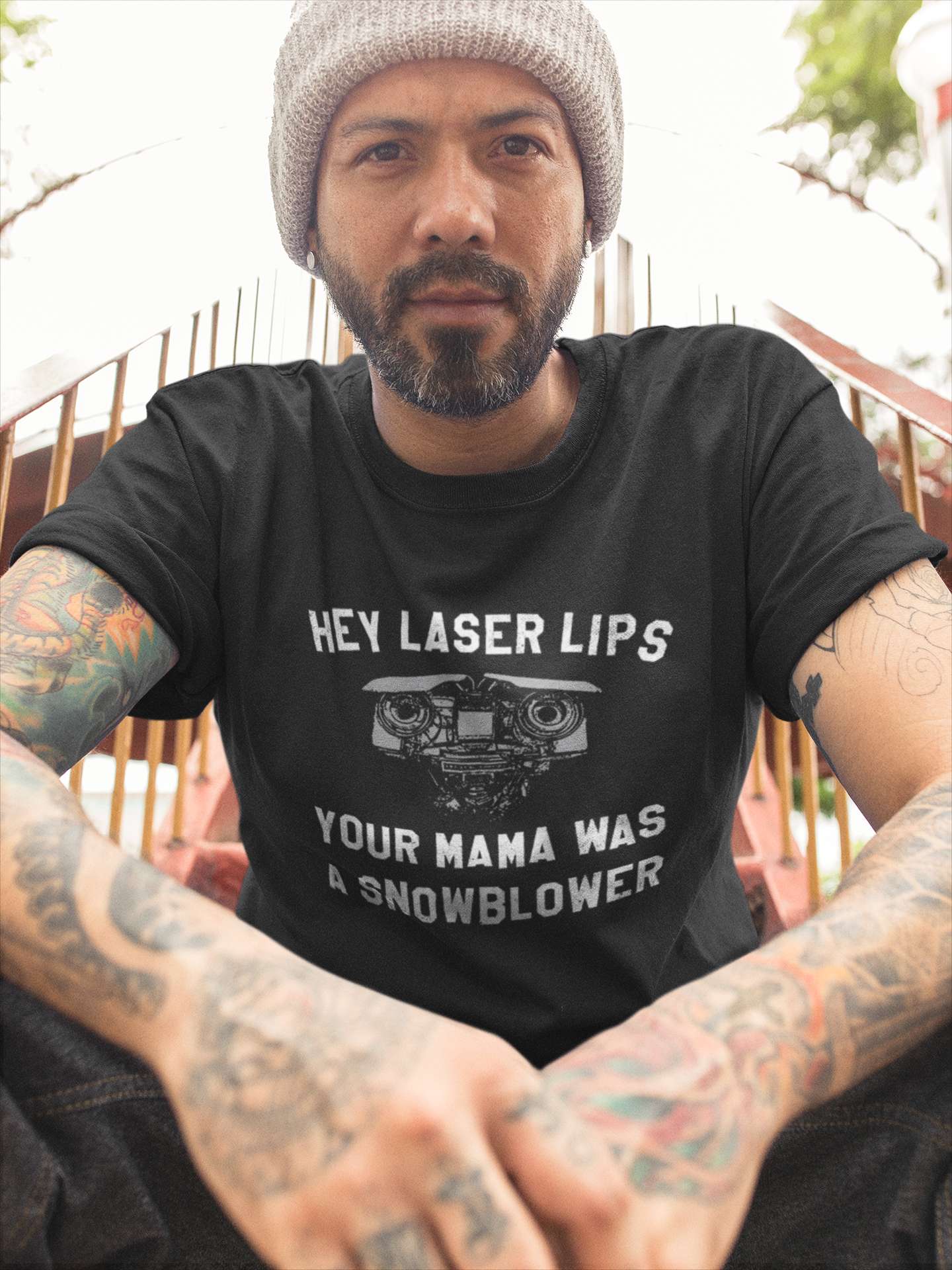 Short Circuit is a science fiction comedy film that was released in the United States in 1986 and directed by John Badham. The screenplay for the film was written by S. S. Wilson and Brent Maddock. The story of the movie revolves around an experimental military robot that, after being hit by lightning and developing an intellect similar to that of humans, decides to break out of its facility in order to explore the outside world. Ally Sheedy, Steve Guttenberg, Fisher Stevens, Austin Pendleton, and G. W. Bailey are among the actors featured in this movie. Tim Blaney lends his voice to the character of “Number 5”, the robot. Short Circuit 2, the sequel that was released in 1988 and was directed by Kenneth Johnson, did not do as well at the box office as the first film.

If you have a friend or member of your family who is a fan of the movie Short Circuit, this Short Circuit Hey Laser Lips Vintage 80S Movie T-shirt would be an excellent present for them. It features a close-fitting silhouette, and it is constructed from cotton material. Fans of the film would love to get this shirt as a present!