With this Stranger Things Logo T-shirt, you can relive one of your favorite sci-fi dramas on television. It is the ideal way to flaunt your passion for spooky things. The front features the “Stranger Things” logo with each letter in a different font, allowing for some fun with the imagination. This 100% cotton t-shirt is perfect for any fan of the hit Netflix show. 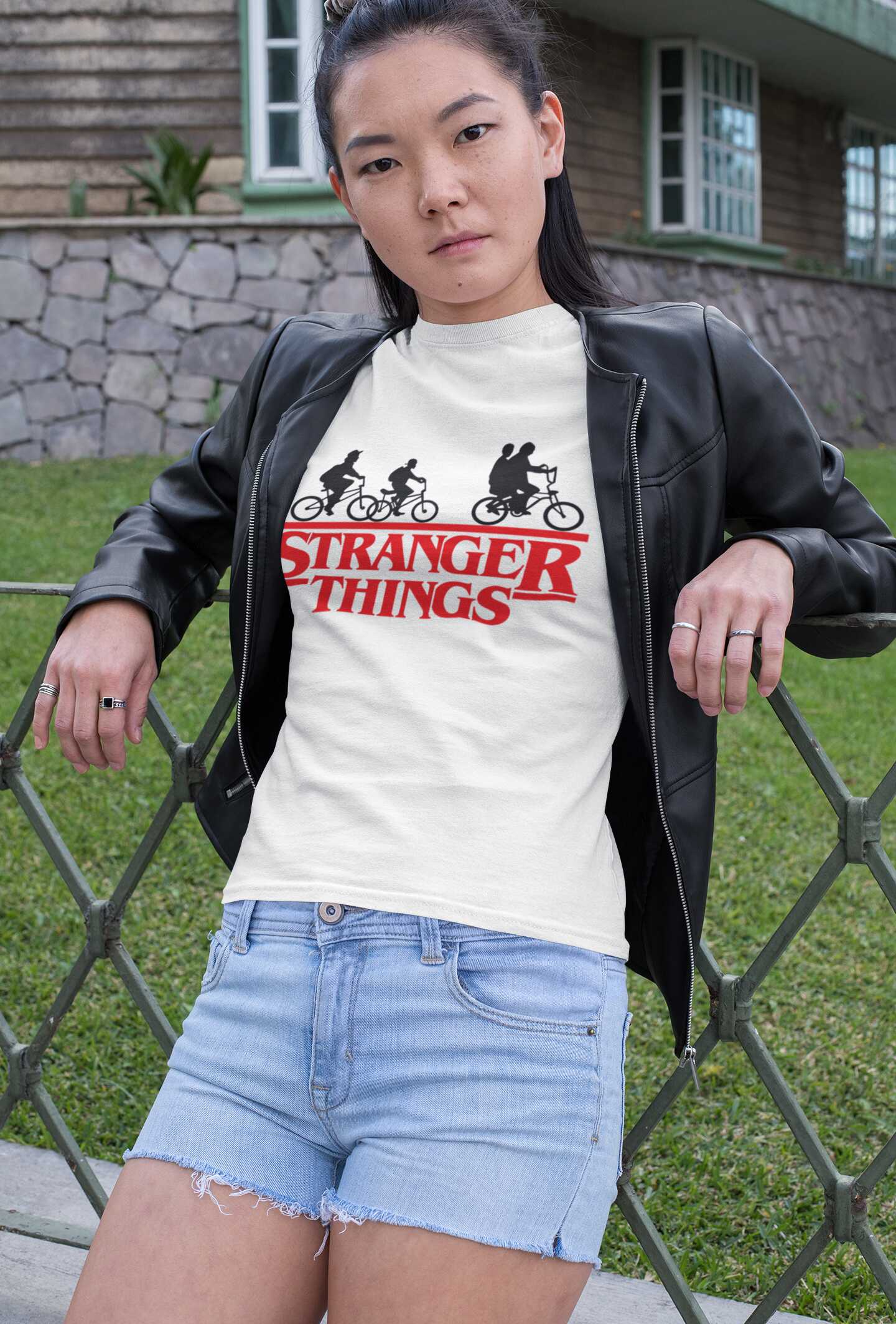 Stranger Things Logo and the history of the show

If you have no idea what Stranger Things is, you’ve definitely seen its distinctive logo. Stranger Things’ emblem is now almost as well-known as the science-fiction horror-drama TV program itself. Look around and you’ll most likely come across décor, accessories, and clothing with the ubiquitous symbol. There are also online tools that may assist you in creating your own Stranger Things logo.

The Stranger Things symbol, like any good business’s visual identity, conjures up crucial thoughts and sensations to provoke deeper emotions about the series. From the almost shimmering red typography to the lines separating the phrases, the design of this insignia attempts to capture the attention of its audience.

Stranger Things’ logo was created by a graphic design team that included the Duffer brothers, Jacob Boghosian, and Imaginary Forces. Because the TV program is set in the 1980s, the designers were clever enough to examine several popular designs from the time period while producing the wordmark logo. The Duffer brothers clearly liked storytelling, as seen by their achievement in generating such an engrossing tale for Stranger Things. They were heavily influenced by 1980s books.

The Stranger Things logo needed to stand out in order to catch people’s attention, thus the design team used elements of 1980s iconography and typography. According to the designers at Imaginary Forces, the resultant typeface was intended to be a cross between the font used in the Alien title series and one used in a Stephen King book. The Duffer brothers offered Boghosian a number of Steven King books to read, and the Stranger Things logo was developed after considering more than 20 symbol alternatives.