Vintage movie t-shirt inspired by the cult film The Last Dragon from the 1980s. In Chinatown, he hangs out with his homies, eats fortune cookies, and has beautiful ninja battles. If you’re a lover of this cultural phenomenon, you’ll want to get your hands on this wonderful old-school-style The Last Dragon Sum Dum Goy Vintage 80S Movie T-shirt! 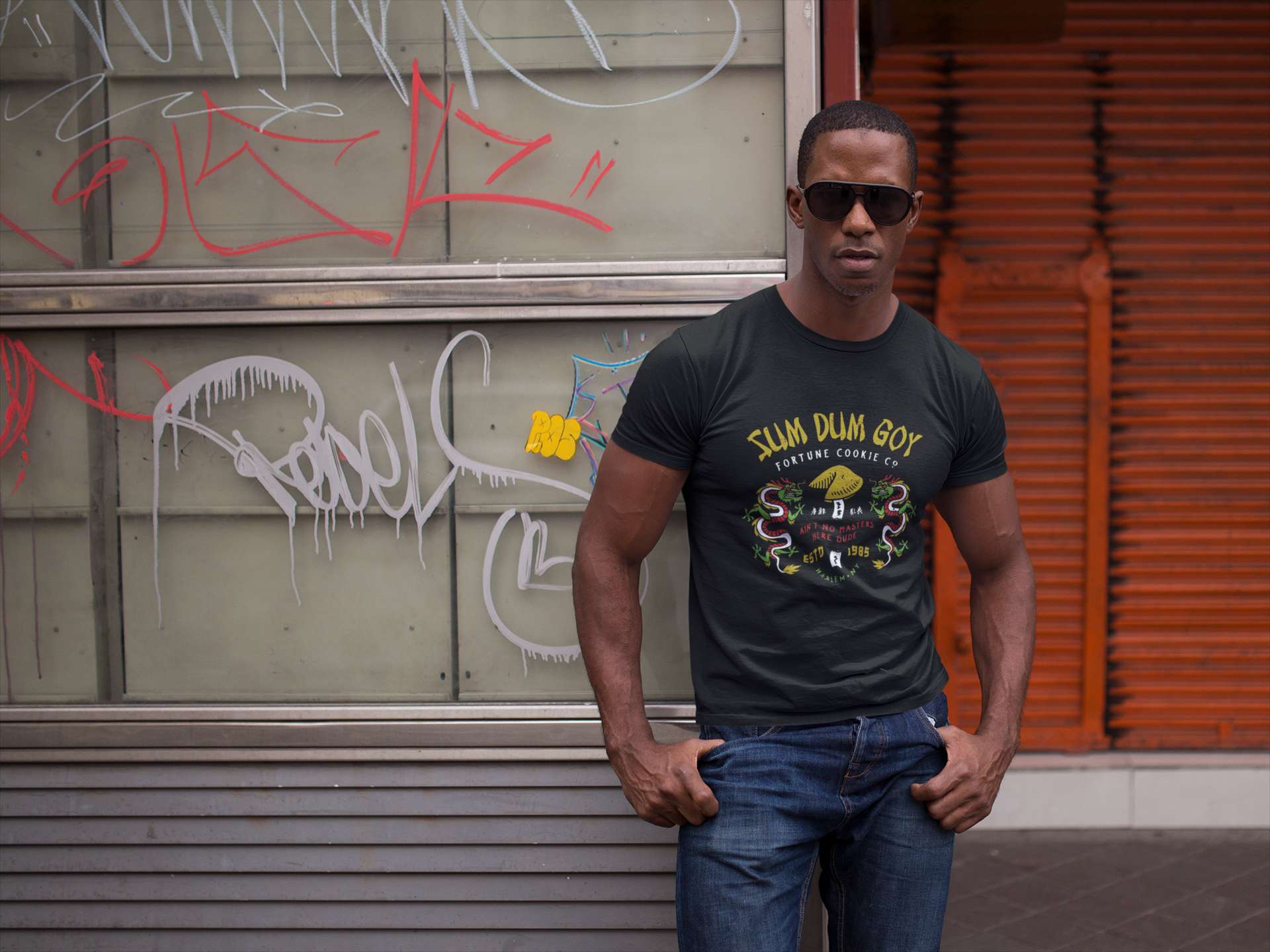 In the story, Leroy Green (also known as “Bruce Leeroy”) of New York City aspires to be a great martial artist like his hero Bruce Lee. His instructor informs him that he has attained the highest degree of martial arts achievement known as “The Last Dragon.” Martial artists who attain this level are claimed to be able to focus magical energy into their hands, causing them to shine. Only a great martial arts expert would be able to display “The Glow” all over his body. Leroy doesn’t completely comprehend, and with a medal allegedly belonging to Bruce Lee in his hands, Leroy goes on a spiritual trip to discover Master Sum Dum Goy, whom his master believes will help Leroy unleash the power of “The Glow.”
Posing as a pizza delivery guy, Leroy infiltrates Master Sum Dum Goy’s alleged stronghold inside a fortune cookie factory, only to learn that the “Master” is nothing more than a computer churning out cookie fortunes. Leroy seeks answers from his previous master, but his master claims that Leroy has known the answers all along.

When you wear this wonderful The Last Dragon Sum Dum Goy Vintage 80s Movie T-shirt, you will become the coolest man in town. The Last Dragon is a 1985 martial arts comedy film directed by Michael Schultz and written by Joseph Lai, who also co-produced alongside Raymond Chow and Leonard Ho. This t-shirt depicts the image of a fortune cookie and dragons from the film The Last Dragon.