This Tinker Bell Halloween T-shirt is not only going to be a fantastic addition to your costume collection, but it’s also going to be a fantastic complement to whatever clothing you already have. The image of Tinkerbell dressed up as a skeleton can be seen on the front of the shirt. This Tinkerbell Halloween T-shirt is the ideal complement to your Halloween costume, so be sure to pick one up now! 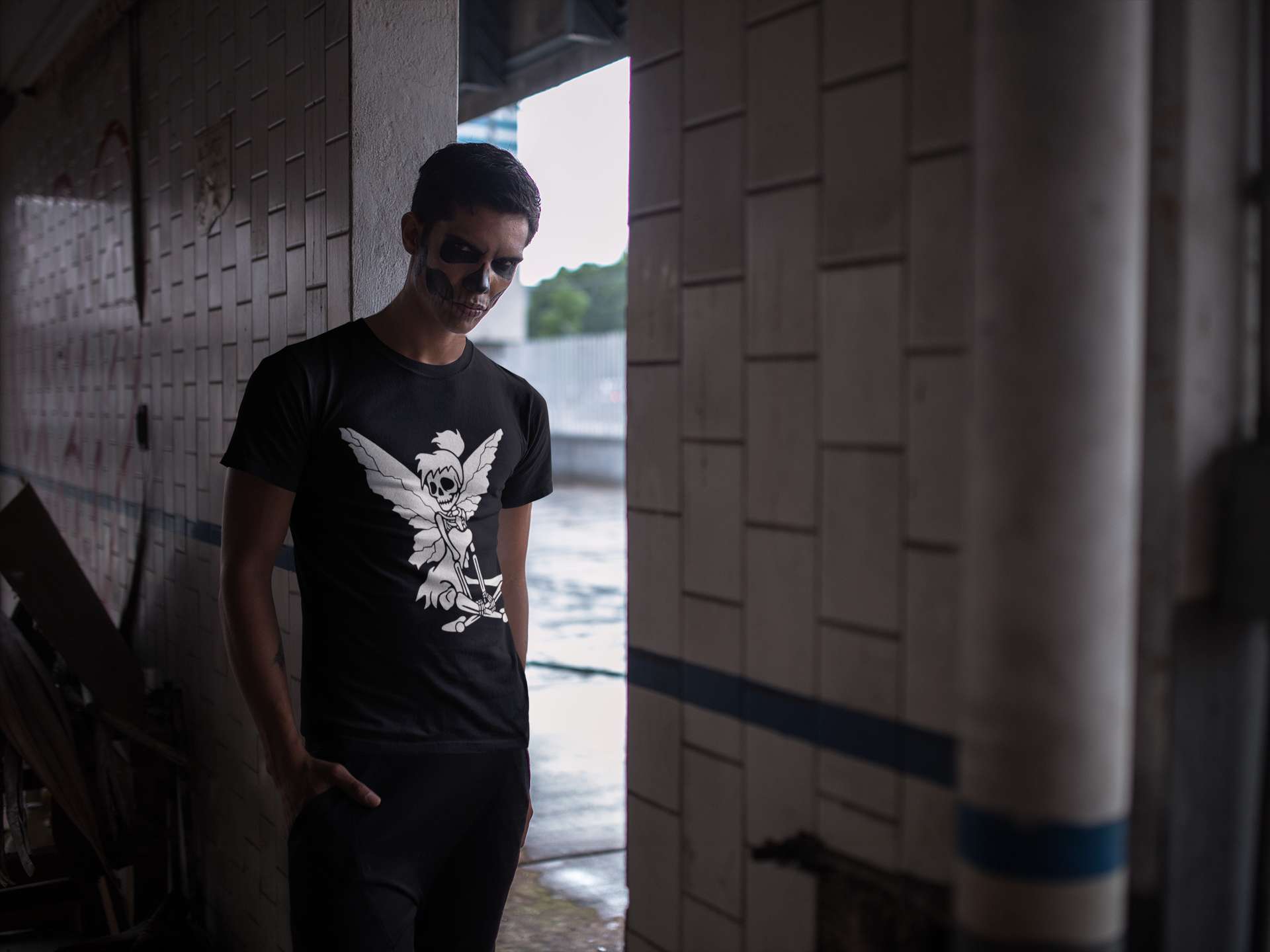 Tinker Bell is a fictitious character from J. M. Barrie’s 1904 play Peter Pan and its novelization Peter and Wendy, published in 1911. She has featured in several film and television versions of the Peter Pan tales, most notably in the 1953 animated Walt Disney film Peter Pan. She also appears in Geraldine McCaughrean’s official 2006 sequel Peter Pan in Scarlet, which was commissioned by Great Ormond Street Hospital, as well as Ridley Pearson and Dave Barry’s “Peter and the Starcatchers” book series.

This comfortable Tinker Bell Halloween T-shirt is an important element of any wardrobe and is ideal for your next Halloween party. The whimsical design boasts a black and white graphic Tinkerbell motif, and the soft fabric is ideal for lounging about the home on a chilly winter night.

Be the first to review “Tinkerbell Halloween T-shirt” Cancel reply