This Under the Cherry Moon 100 shirt is a Purple Rain tour commemorative tee. This 100% cotton t-shirt has a printed graphic on the front of the garment. It featured Prince’s picture in black and white color put inside a triangle shape with the text says Prince – Under The Cherry Moon. Great for Prince fan! 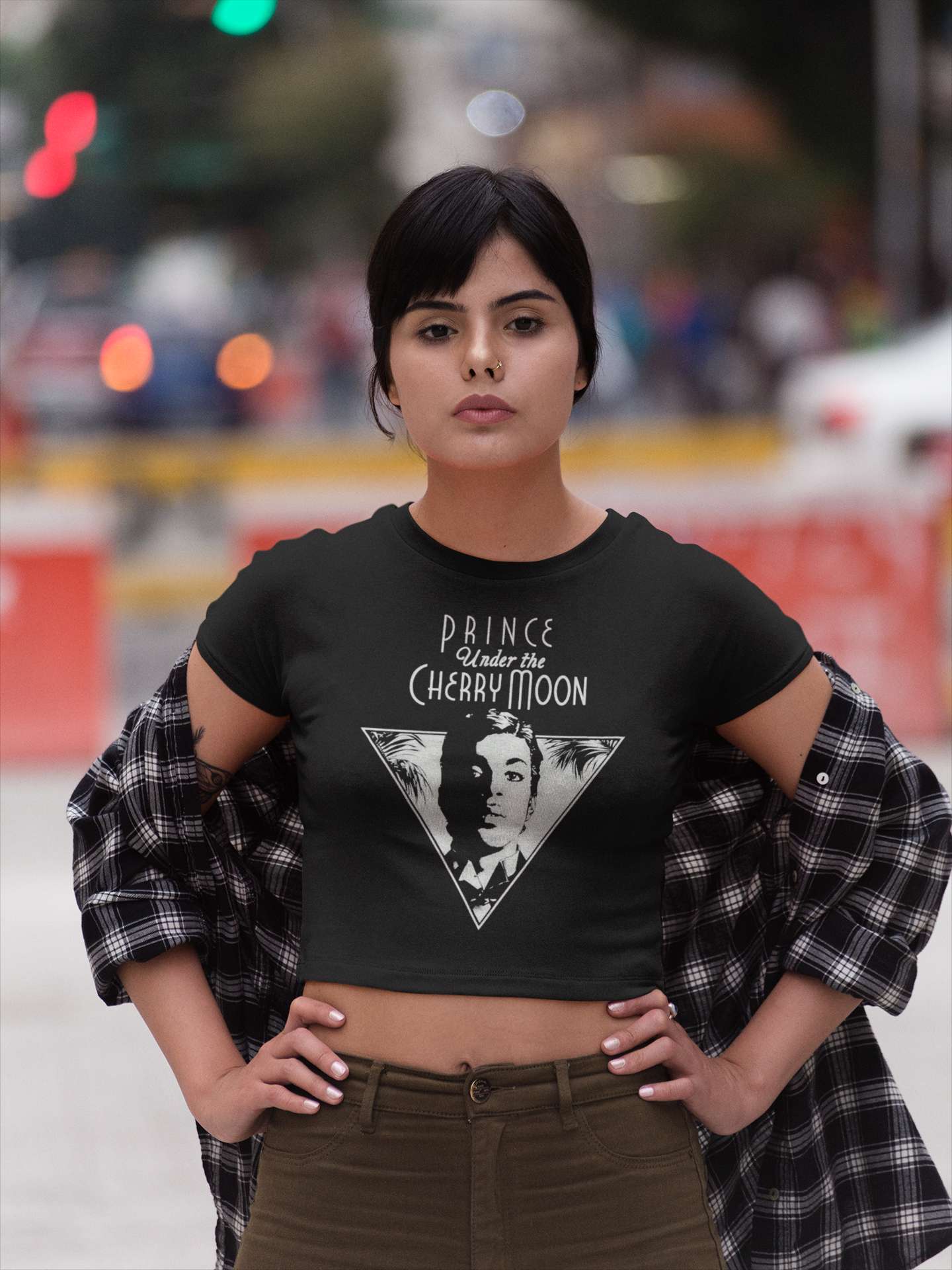 Under the Cherry Moon

Under the Cherry Moon is a 1986 romantic musical comedy-drama film directed by Prince that stars him. Former The Time member Jerome Benton, Steven Berkoff, Kristin Scott Thomas (in her feature film debut), and Francesca Annis also appear in the film. Despite receiving five Golden Raspberry Awards, including Worst Picture (tied with Howard the Duck), the film’s soundtrack record, Parade, went platinum, selling over a million copies.