Those who are certain of their status as the world’s dopest dad should get their hands on this awesome World’s Dopest Dad shirt. It’s the perfect present for any exceptional parent, or for anybody else who simply wants to flaunt their own superiority. Also, if you have children, don’t forget to get a t-shirt for each of them to wear. 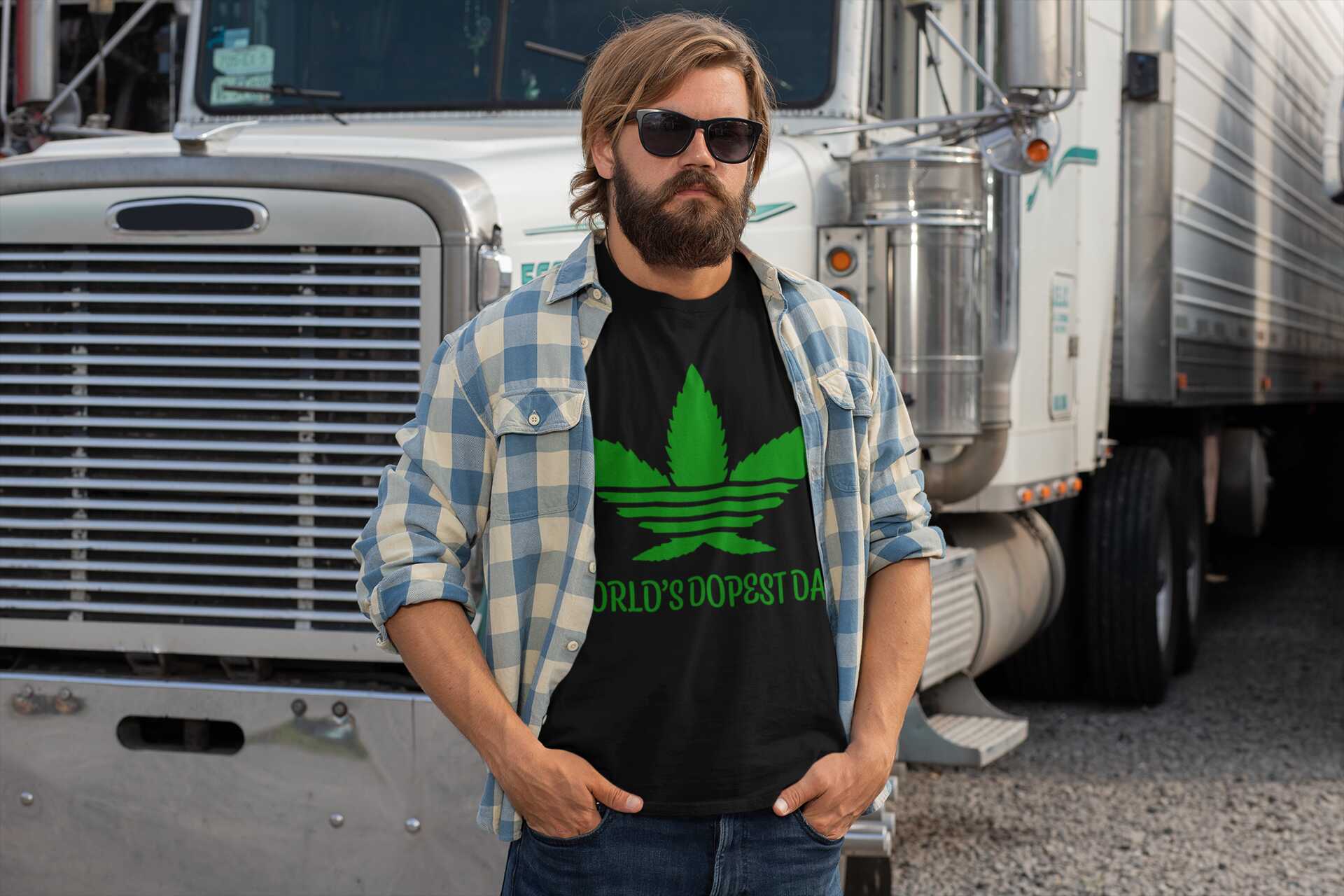 Weed first appears as a name for marijuana in the United States around the turn of the twentieth century, although it has been used as a phrase for an unwanted plant since the 1400s and as a term for tobacco since the 1600s.

According to historian Campos, the phrase might be a shortened form of the word “locoweed,” a plant species found in southwest and northern Mexico. It was often consumed by cattle or horses, but it had disastrous consequences for them. This name was occasionally used interchangeably with marijuana in late nineteenth-century Mexico, so when reports about marijuana began to circulate in the United States, the two plants were confused. According to Riggle, a 1913 California law aimed at criminalizing marijuana growing referred to the herb as “locoweed.”

World’s Dopest Dad Shirt featured weed leaf would make an excellent present for the father of the bride, groom, or any of the groomsmen. Ideal for occasions such as Father’s Day, birthdays, holidays, anniversaries, and more!