T-shirt from the Blues Brothers. One of the best films of all time. From a blu-ray copy that has been watched hundreds of times, the Bob’s Country Bunker Blues Brothers vintage t-shirt is a great addition to any movie collection. It’s white with the iconic logo and ’80s-style graphic on the front. Cotton is 100%. 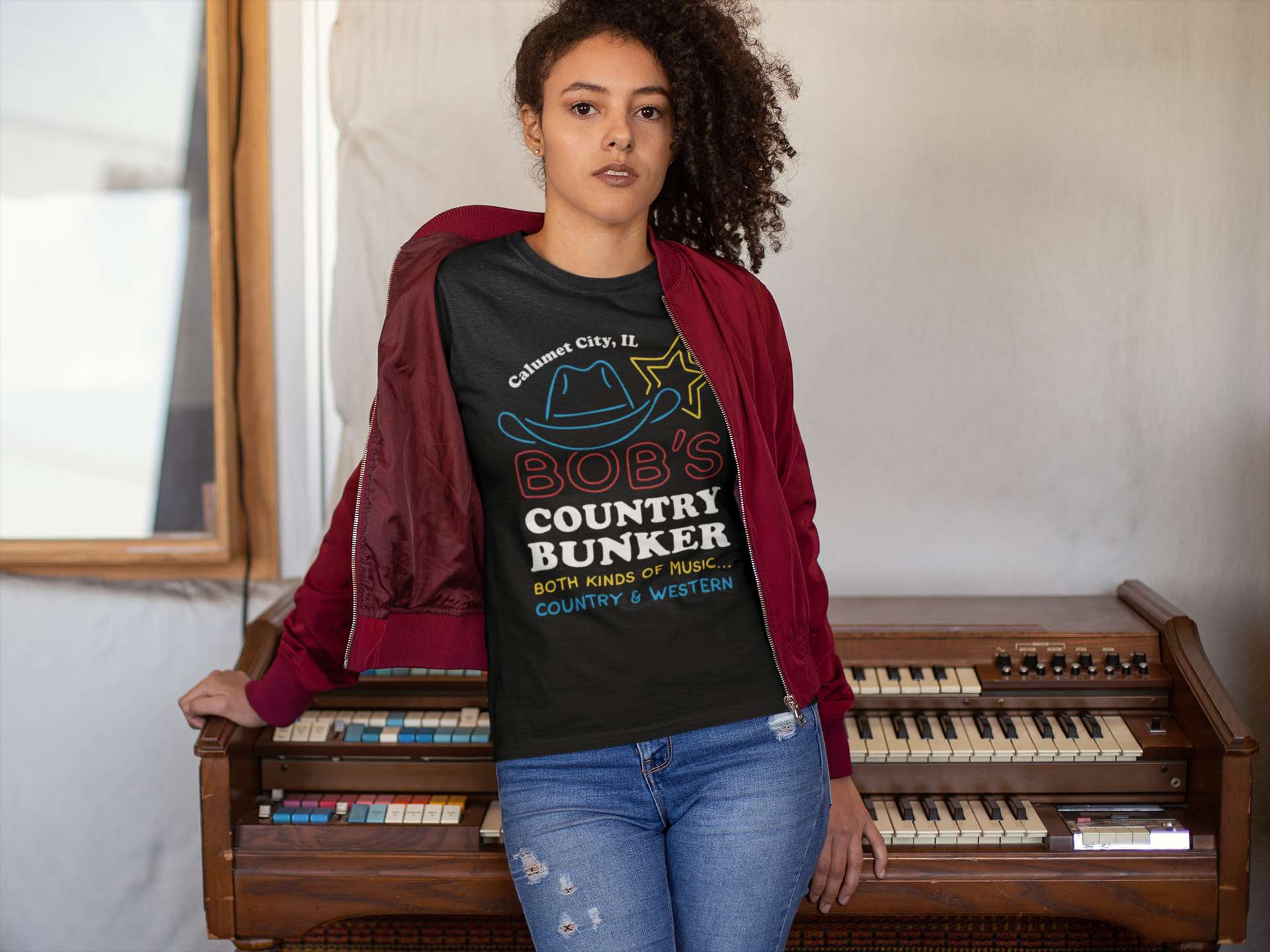 Bob’s Country Bunker appears in The Blues Brothers as a pub and live music venue. John Landis directed the 1980 American musical comedy film The Blues Brothers. It stars John Belushi as “Joliet” Jake Blues and Dan Aykroyd as his brother Elwood, characters based on the NBC variety show Saturday Night Live’s frequent musical segment “The Blues Brothers.” The mysterious lady blows up the phone booth Jake is using as he tries to schedule a concert; yet again, he is miraculously unharmed. The band lands a gig at Bob’s Country Bunker, a Kokomo, Indiana honky-tonk. They win over the unruly audience but rack up a bar bill that exceeds their salary, infuriating the Good Ol’ Boys, the country band who had been scheduled for the concert.

This Blues Brothers Bob’S Country Bunker Vintage 80S Movie T-shirt is both fashionable and comfy, with a classic country typeface and a cool graphic of the Blues Brothers characters in the background. Perfect for everyday wear or special occasions. Order now!