Customize your Stranger Things wardrobe with the official Hopper Lives Logo Shirt, available in black and navy. This officially licensed Stranger Things t-shirt features the iconic “Stranger Things” logo in a distressed print on the front, with an image of Chief Jim Hopper’s badge featured underneath. 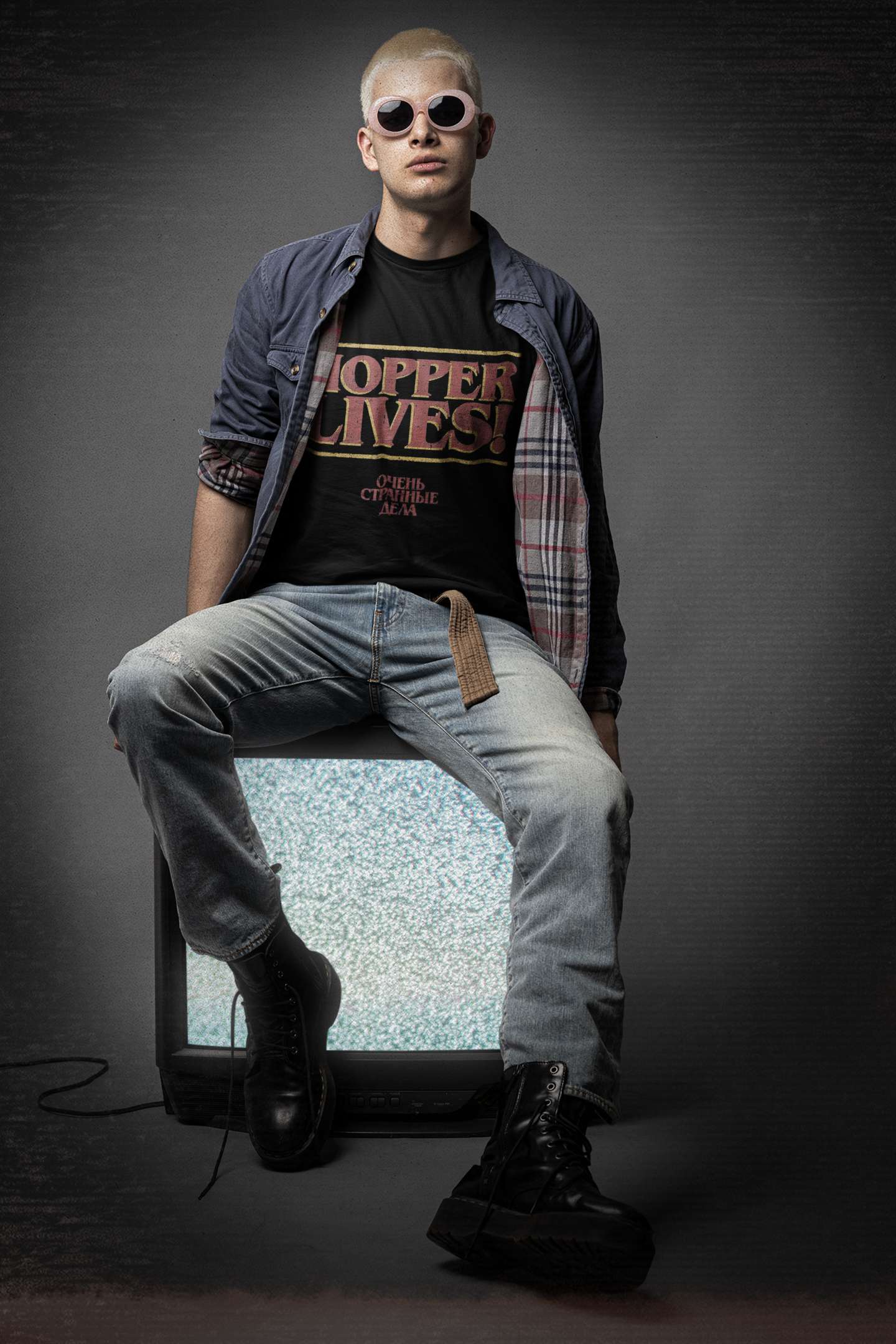 The Story of Hopper

Hopper’s daughter’s death and family life made him pessimistic. He consumed beer, smoked cigarettes, and used anti-anxiety medicines to control his suffering. He slept with multiple women he never contacted again instead of forging meaningful relationships.
Despite being the Police Chief, he didn’t care about his work, since he often slept in and arrived late and had a laid-back demeanor at the office before the Byers case. Only after Will Byers disappeared and it was a government cover-up did he care about completing his job correctly.
Hopper became compassionate and responsible after finding Eleven and took her inside his cabin, thus they rapidly created a father-daughter attachment. Hopper set trip wires around their position and for fear of losing her like his daughter, forbade Eleven from leaving the cabin. His love for her was so strong that he felt upset at her for putting herself in danger, which he regretted. He apologized afterwards. His feeling of responsibility didn’t waver throughout their time together; he would regularly check on Will’s health and aid him, as well as investigate his odd behavior with Hawkins.
With Dr. Owens’ guidance, Hopper adopted Eleven out of compassion for her.