Porky’S. Get It At Porky’S Vintage 80S Movie T-shirt

This Get It At Porky’s Vintage 1980s Movie T-shirt is a must-have for any lover of classic comedy. This soft cotton shirt contains the logos from the cafe and arcade that were prominently featured in this funny, irreverent comedy about a bunch of pals on a journey to recover something known as “the lost boobs.”

Get It At Porky’s Vintage 80S Movie T-shirt Description 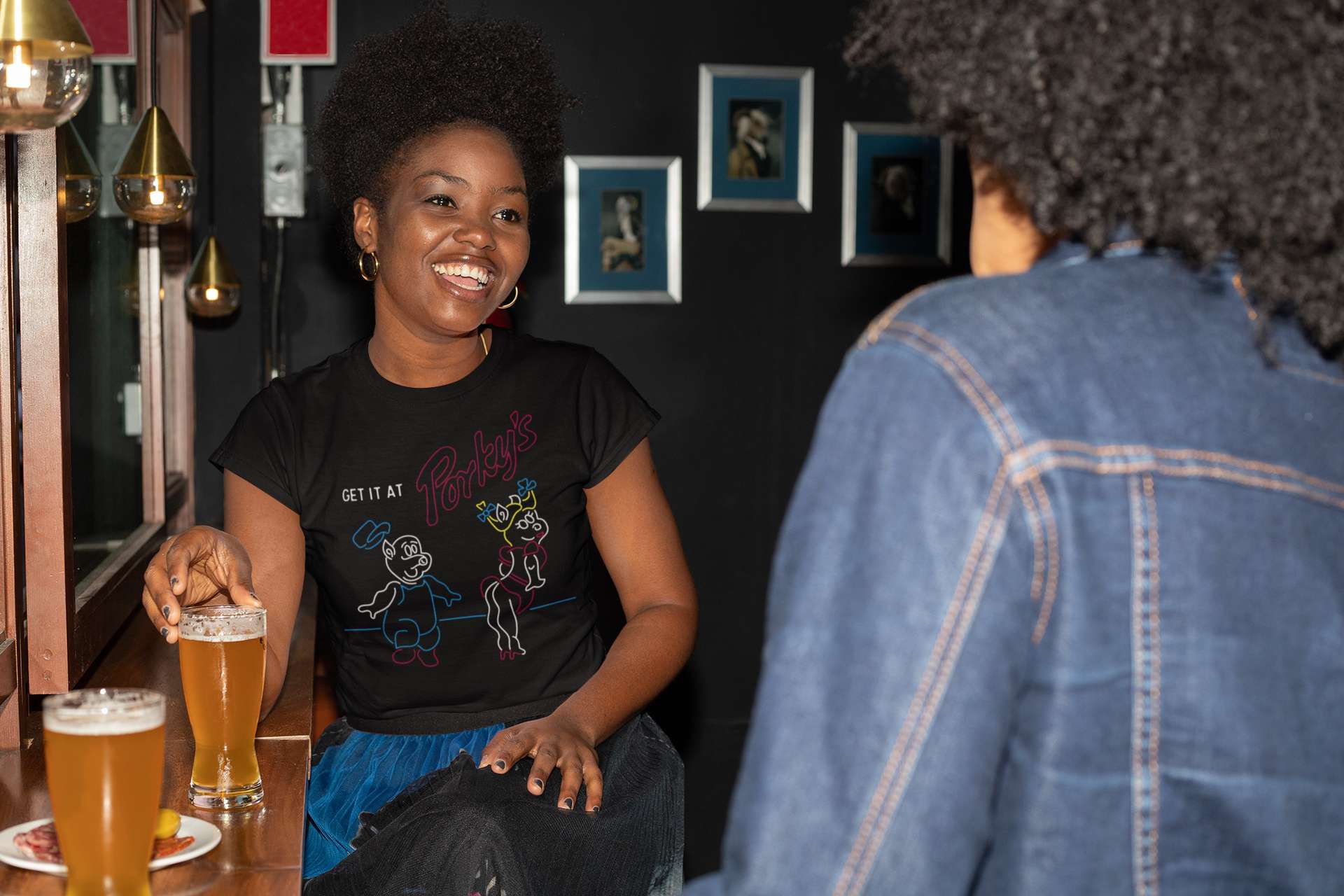 Get It At Porky’s Vintage 80S Movie T-shirt Information

Is there really a location called Porky’s?

The film “Porky’s,” released in 1982, was a comic depiction of a gang of adolescent males coming of age in South Florida. The setting of the film was South Florida. Even though the film was made in Miami, most people think that it was inspired by a roadhouse in Oakland Park called Porky’s Hideaway that was popular in the 1950s and 1960s. This is despite the fact that the film was shot in Miami. Donald “Porky” Baines, the proprietor of the establishment, was a true South Florida character. He had a pet lion that he kept confined in a cage behind his bar and drove a pink Jeep.

When it was first released in 1981, Porky’s was already the most financially successful independent film in history. This retro Get It At Porky’s Vintage 1980s Movie T-shirt shows the iconic Porky’s poster from decades gone by. Put on a costume from one of your favorite movies from the 1980s and make your buddies jealous. Get yours right now before we’re out of stock of everything!

Be the first to review “Porky’S. Get It At Porky’S Vintage 80S Movie T-shirt” Cancel reply