Raiders Parody – Indiana Jones Football Lover T-shirt is designed for movie buffs. With this shirt, you can proudly display your character passion to the world. This shirt is ideal for casual or special occasion attire, whether you’re hanging out with your pals watching football or tailgating during a game. 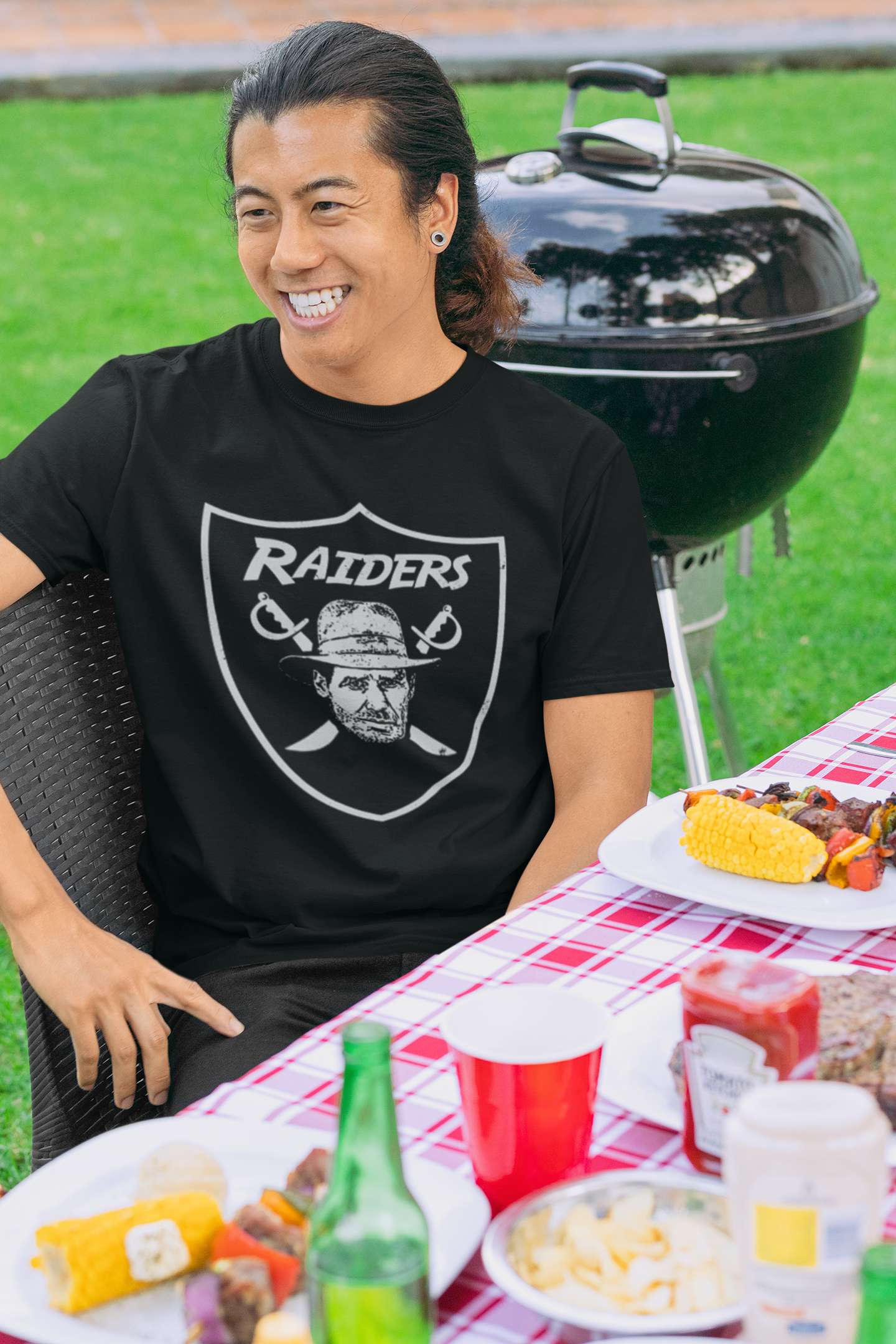 Raiders of the Lost Ark is a 1981 American action-adventure film directed by Steven Spielberg and based on a tale. Indiana Jones is a globetrotting archaeologist fighting with Nazi German soldiers in 1936 to collect the long-lost Ark of the Covenant, an artifact claimed to render an army unstoppable. Jones races against the clock with his strong former girlfriend Marion Ravenwood (Allen) to prevent rival archaeologist Dr. René Belloq (Freeman) from leading the Nazis to the Ark and its power.

Indiana Jones is an American media brand that debuted in 1981 with the film Raiders of the Lost Ark and is centered on the exploits of Dr. Henry Walton “Indiana” Jones, Jr., a fictitious professor of archaeology. A prequel, The Temple of Doom, was produced in 1984, followed by a sequel, The Last Crusade, in 1989. In 2008, a fourth film, The Kingdom of the Crystal Skull, was released. A fifth film is now under development and will be released in 2023.

Raiders Parody – Indiana Jones Football Lover T-shirt features a famous Raiders parody logo and is the ideal gift for Raiders fans and supporters. This design is an excellent blend of the Raiders and Indiana Jones. The shirt is available in a variety of colors for both men and women. Sizes range from S to 5XL.