It’s Revenge Of Nerds Movie Classic Chug Race Vintage Shirt time! Are you going to compete? Do you consider yourself a nerd? The answer is then yes. This t-shirt is ideal for die-hard fans of the film; it’s a must-have item in any wardrobe. It looks fantastic with jeans or shorts and will not disappoint. 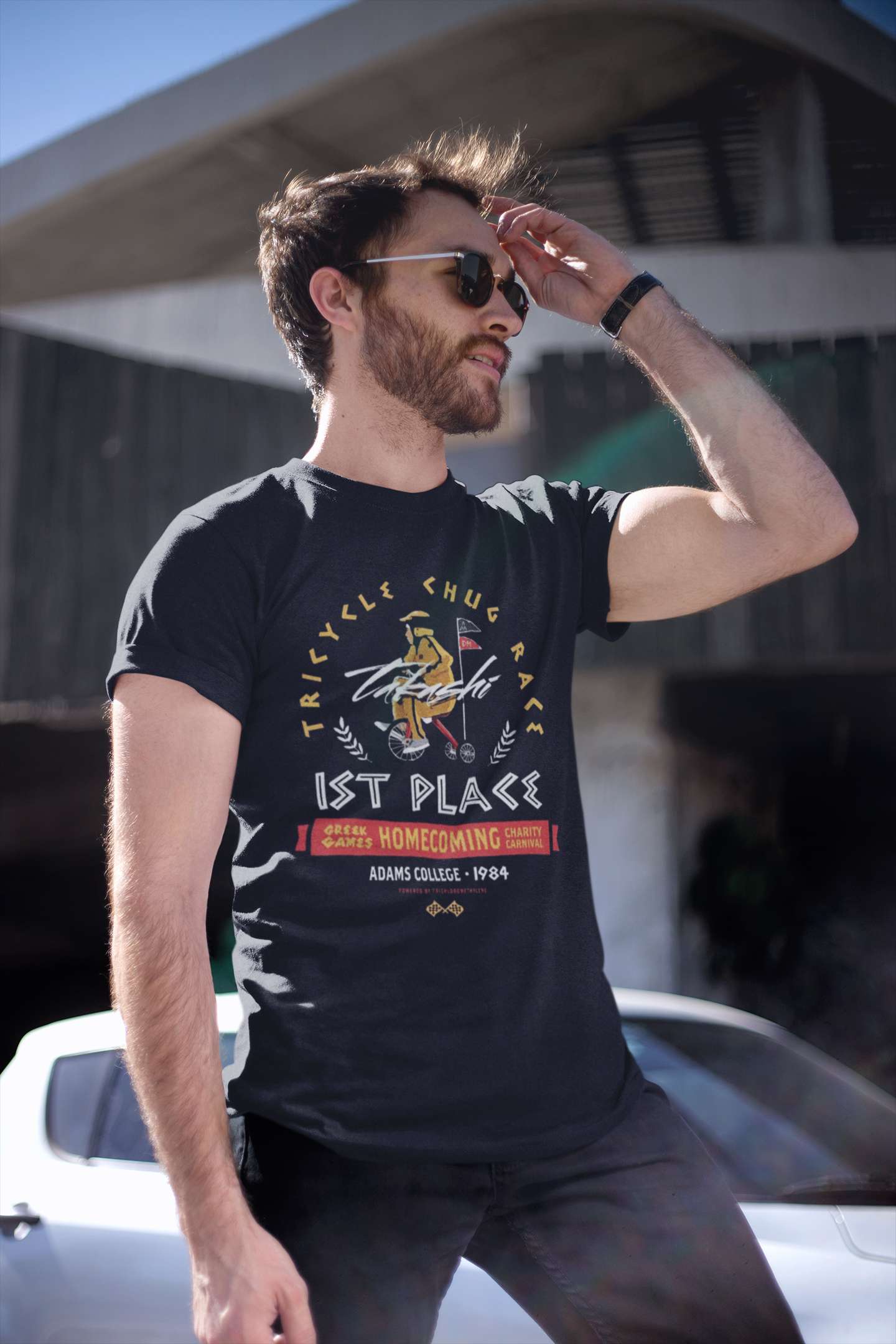 Takashi is a geek from Japan with a strong accent. At the beginning of the film, he has no idea what a geek is, much alone that he is one. Throughout the first film, he can be seen playing poker with Booger and being repeatedly duped. Booger, on the other hand, redeems himself by describing what a “hair pie” is, altering Takashi’s life forever.

He spends a significant portion of the first film playing poker. He wins the beer-tricycle chug race at the carnival after ingesting “trichloromethylene” to counteract all of the effects of alcohol on his system. After many laps in which he was compelled to guzzle a beer at each pit stop, he was asked how he was doing, to which he replied, “Fucking great!” During the talent show, he also plays the gong.