This Sleepaway Camp Halloween Horror Movie Vintage Tee displays the Sleepaway Camp logo. Sleepaway Camp, released in 1983, is a horror film that influenced the genre and viewers worldwide. The narrative takes place during summer camp, which is a joyful time for kids worldwide, full of laughter, excitement, and terrible pranks. However, this is not your average camp narrative, since something awful has occurred there and will continue to occur at each new year’s session until it rises from beyond and holds everyone in horror. This amusing artwork pays homage to classic horror films in which trouble was poured upon individuals who were misbehaving during summer camp. 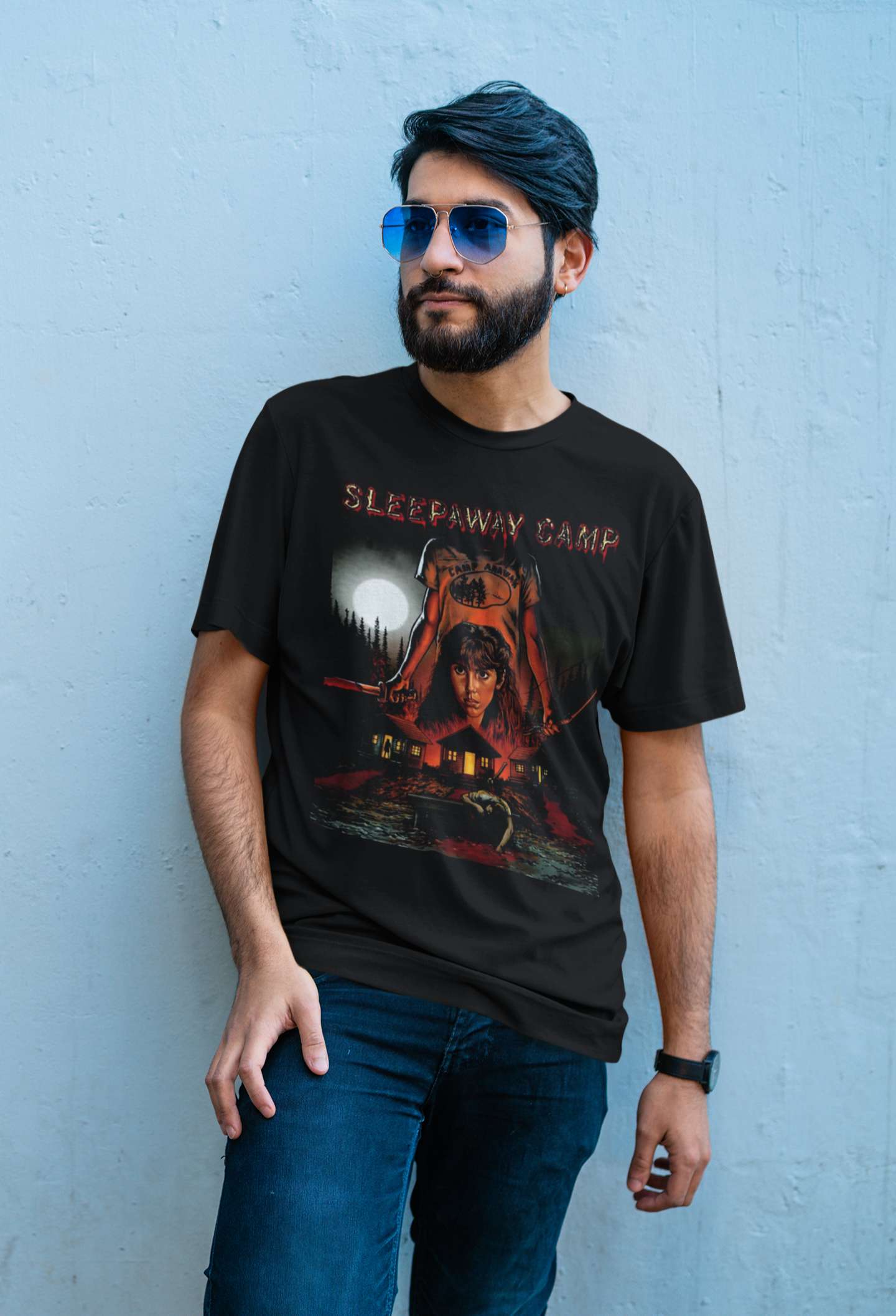 Sleepaway Camp (known in the United Kingdom as Nightmare Vacation) is a 1983 American slasher film written and directed by Robert Hiltzik, who also acted as executive producer. It is the first film in the Sleepaway Camp film series, and it follows the tale of a little girl who is taken to a summer camp that soon becomes the location of a series of murders. Felissa Rose, Katherine Kamhi, Paul DeAngelo, Mike Kellin (in his last film appearance), and Christopher Collet feature (in his first).

The film is noted for its iconic surprise ending, which is regarded to be one of the genre’s most frightening. It was released during the era of slasher flicks. The picture has gained great critical acclaim and a cult following since its premiere. Sleepaway Camp II: Unhappy Campers (1988), Sleepaway Camp III: Teenage Wasteland (1989), and Return to Sleepaway Camp (2008) were the three sequels.

This Sleepaway Camp Halloween Horror Movie Vintage Tee is the ideal way to show off your enthusiasm for a fantastic film. This design is inspired by classic horror movie foilage and strong typography placed against a damaged backdrop for a vintage appearance. This will be a great gift or present for any Sleepaway Camp and Halloween movie fan!