The internet is buzzing with people looking for the coolest blankets for anime lovers. The popularity of anime and manga has skyrocketed over the past years. This makes it inevitable for hardcore fans to show off their affinity for Japanese culture by purchasing various anime collectibles and memorabilia like anime or Japan-inspired clothing and accessories. But of course, like in many other similar cases, there are certain things that seem to be more satisfying to own.

Drama Shirt has compiled more than 25 of the coolest blankets for anime lovers. Let’s check them out!

Best Anime Of All Time

There are thousands of anime series available, and new ones are released every season. With so many options, it might be difficult to decide which series to watch. That’s why it’s useful to create a list of must-see anime that everyone should see at some time in their life.

It’s set in 1912-1926 Japan when demons and humans coexist. Only Tanjiro Kamado’s sister Nezuko gets turned into a demon by demons. He becomes a demon slayer to save her.

This anime has every key element for a good one, from the main character’s purity and growth to his companions’ brotherhood and respect. Beautifully painted fight scenes involving demon slayers with swords and unusual demons. This anime depicts each character’s backstory, including demons. You can watch this anime on Netflix.

Naruto takes place in the fictitious world of Shinobi (Ninja), where the ineffectual Naruto is helped by friends and masters. Naruto and other Ninjas use chakra to fight. This anime features deep friendships, treachery, and separation. Naruto may be the best anime for foreigners, and it deserves it.

Clannad is a masterpiece from Kyoto Animation that is highly recommended for every anime enthusiast. In this anime, there are no action scenes or supernatural events, but human drama is shown sympathetically.

The anime is divided into two parts: Clannad (2007-2008) and Clannad After Story (2008-2009). The plot follows Tomoya, the main character, and Nagisa, the heroine, through their everyday lives in high school.

Monogatari Series (物語シリーズ) was produced by Shaft under Akiyuki Shinbo in 2009. It’s based on Nisioisin’s works (Nishio Ishin). Bakemonogatari, Nisemonogatari, and Nisemonogatari Black debuted in 2009-2012. Monogatari means “Story” or “Tale” in Japanese. Bizarre tales center on distinctive characters like Koyomi Araragi and other heroines.

Koyomi Araragi deals with Kaii apparitions. He rescues the protagonists from apparitions. 3 of the novel’s 5 seasons are anime. Akiyuki Shinbo stated he wants to continue making seasons as long as the book is released.

One Piece (ワンピース) is the best-selling manga and anime series. Since 1997, nearly 100 volumes of manga have been released. After the first manga was published, almost 1,000 anime episodes aired. One Piece may be enjoyed from any point in its 10 sections.

It follows the exploits of the main character Monkey D. Luffy and his crew in the world of pirates. He sets off on the sea in pursuit of “One Piece,” the ultimate treasure. In the universe of One Piece, there are Devil Fruits that give individuals who consume them superpowers while also preventing them from swimming. The battle scenes amongst the Devil Fruits eaters, including Luffy, are breathtaking.

You are a fan of Anime? Did you watch all of the above films? Do you have any postcards, fans, or something related to your hobbies yet? If you are an anime lover, you definitely own some anime quilt blankets printed on your loved film or characters. For many people, they are used as a decoration in their room to create a space with some favorite characters and anime series.

Below are Top the coolest blankets for anime lovers featuring some unforgettable famous anime series with extremely special characters.

This lovely anime blanket is ideal for your bedroom or living area. This quilt, handcrafted in the United States and inspired by the iconic Japanese anime film “Akira,” is sure to bring charm to your home décor. 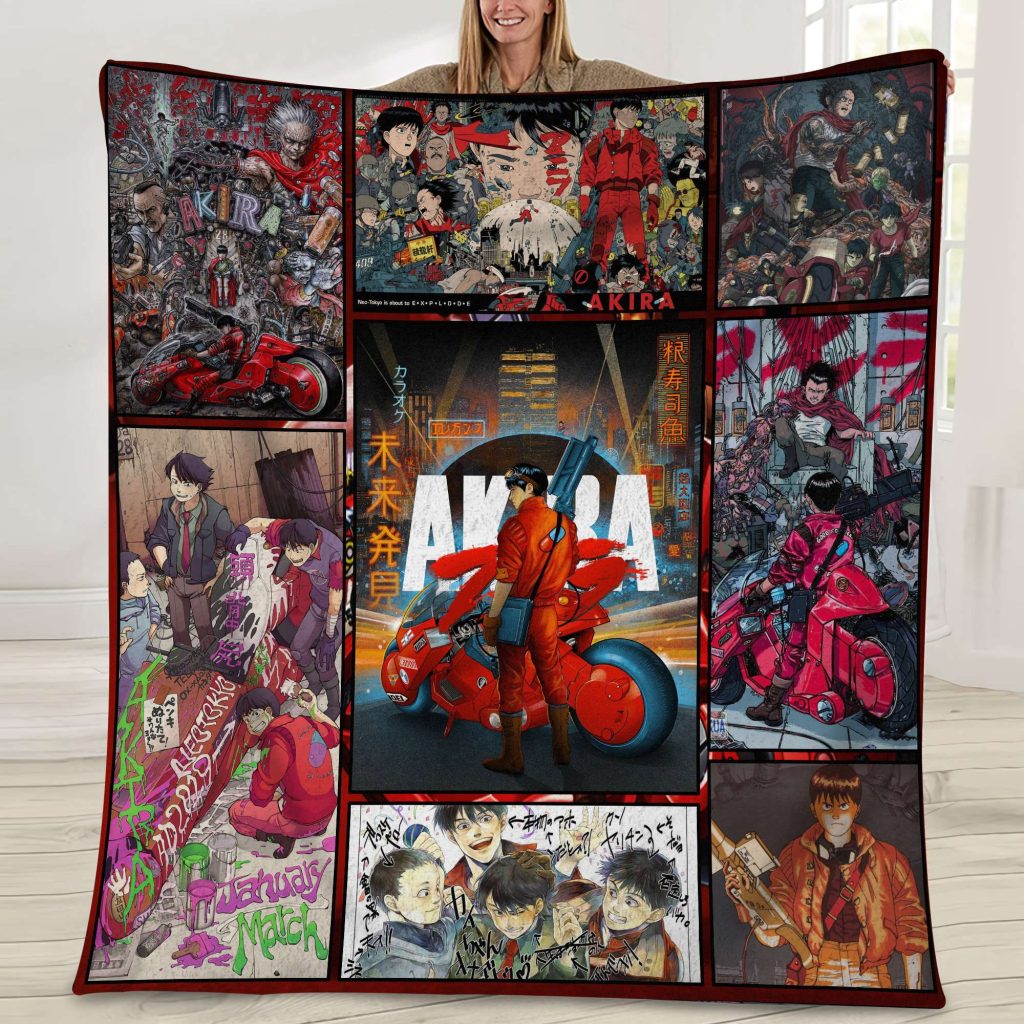 This Attack On Titan Quilt Blanket features all your favorite characters from the Shingeki no Kyojin series, such as Eren Jaeger and Mikasa Ackerman. The perfect gift for any attack on titan fan! 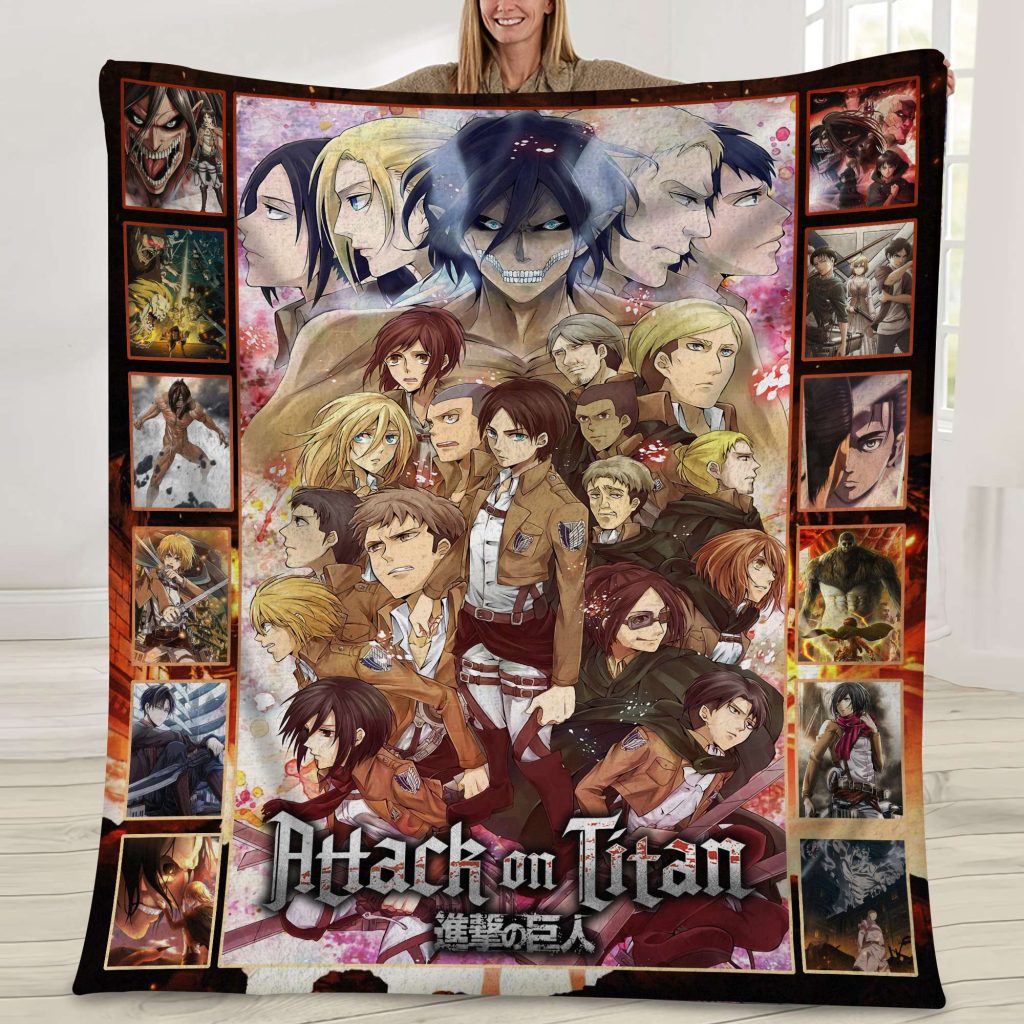 This stunning Baki The Grappler Otaku Waifu Japan Anime Quilt Blanket is the perfect way to show your support for Baki the Grappler. You may use it to adorn your room, or you can just rely on it to keep you warm at night. 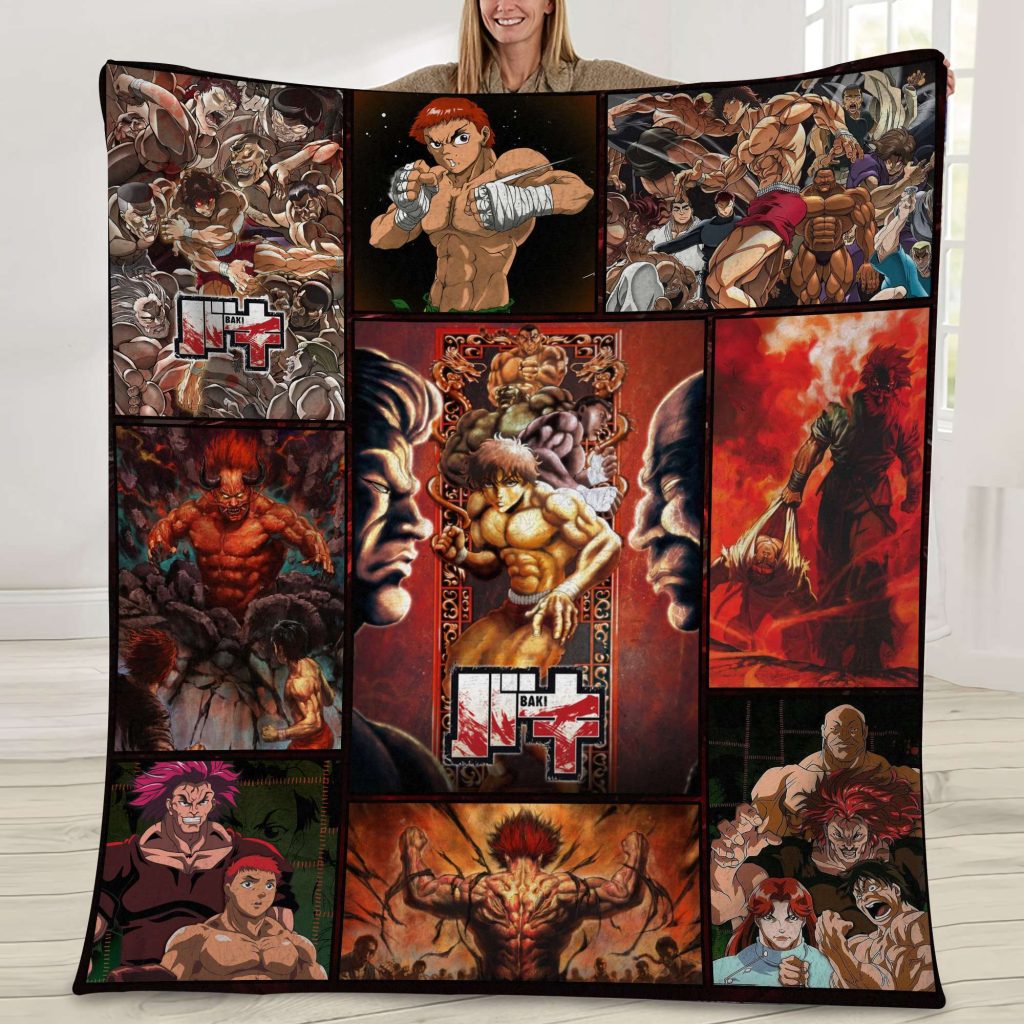 You may watch your favorite Dragonball movie or episode on television while staying toasty thanks to this fantastic Dragonball Anime Manga Quilt Blanket. It’s the perfect blanket for any Dragonball fan! 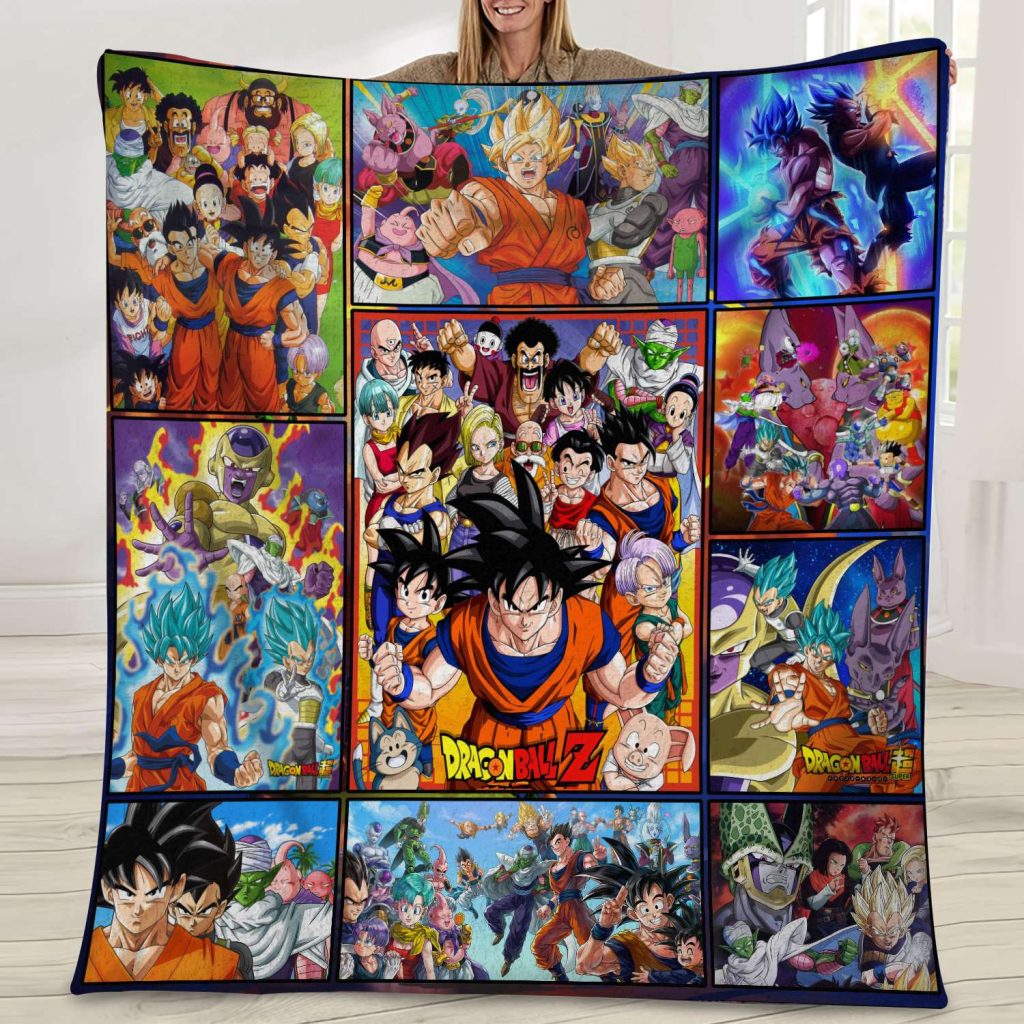 Berserk Manga Anime Quilt Blanket is an excellent blanket for any series enthusiast. Soft, lightweight and warm, this makes a great gift for any anime lover! 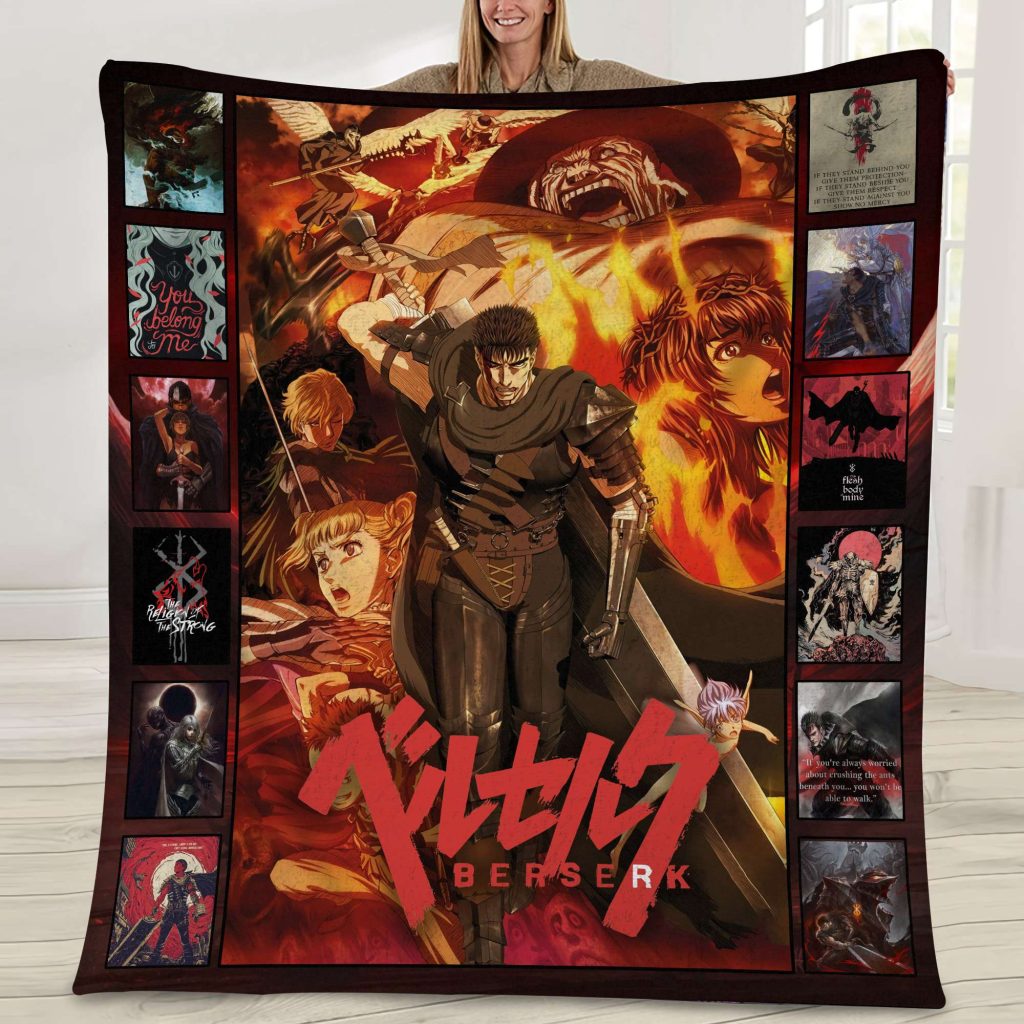 This lovely blanket has a very soft structure and includes Black Clover Otaku Waifu Japan Anime. The quilt is ideal for sleeping, snuggling up at home, or camping out under the stars! 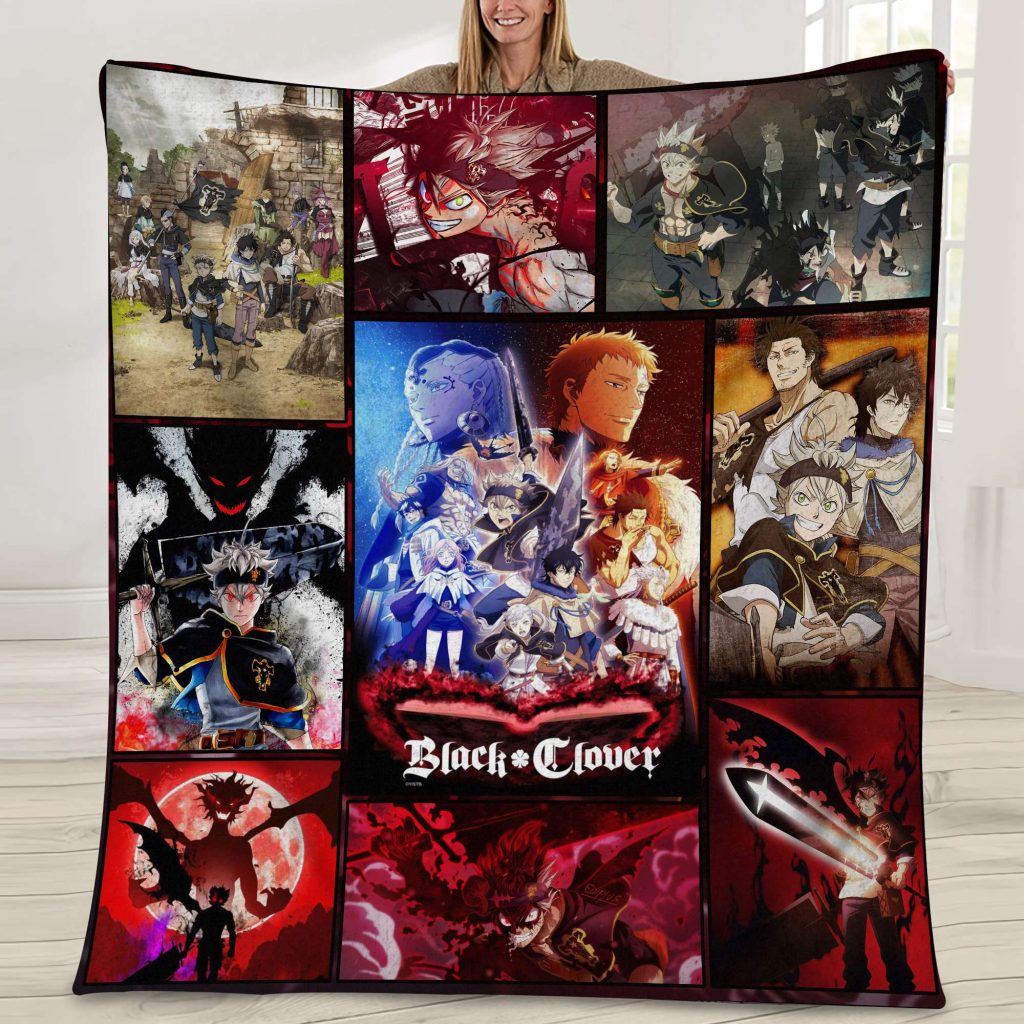 Keep warm with the Blue Exorcist Anime Manga Quilt Blanket, which has a vibrant pattern of some of your favorite characters from the manga and anime. This printed blanket is the ideal accessory for any anime enthusiast! 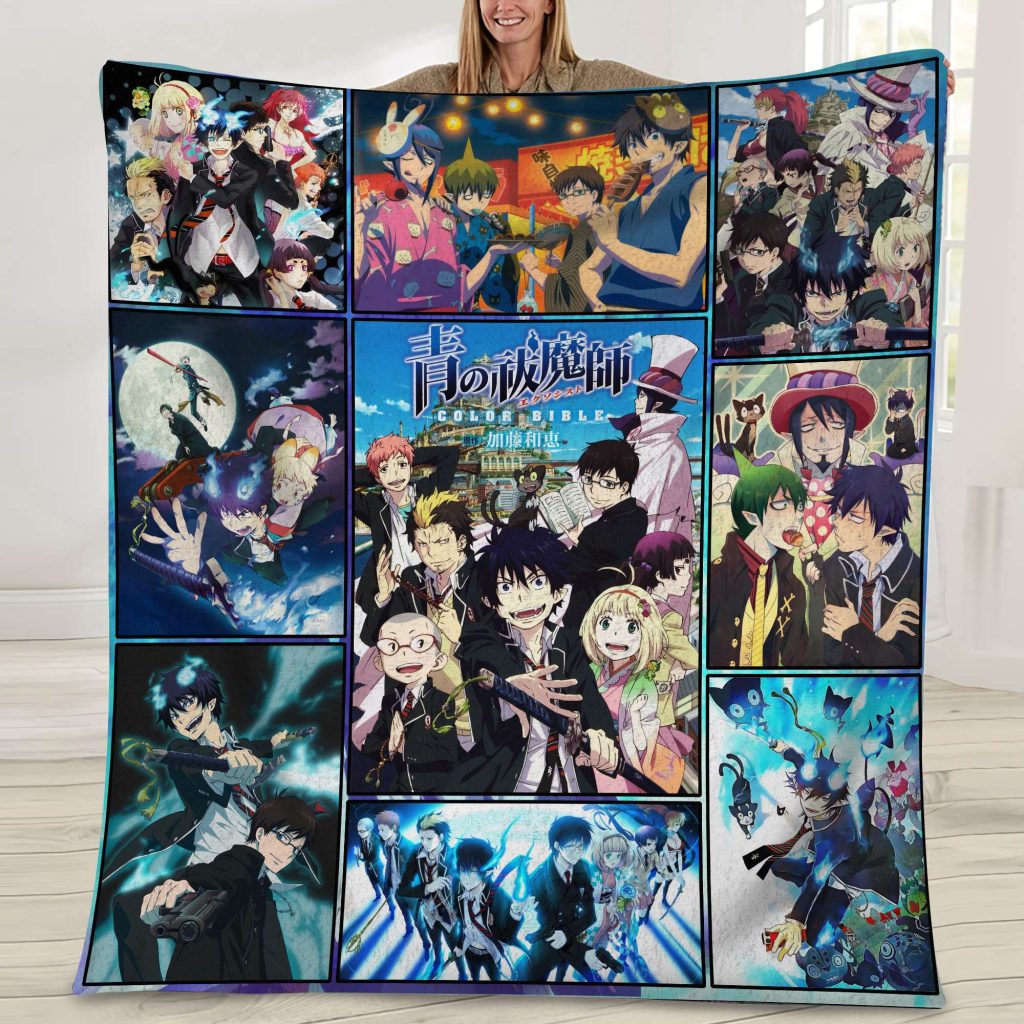 Any person who enjoys anime would be thrilled to get this Bungo Stray Dogs Anime Manga Quilt Blanket as a present. Wonderful for snoozing and being cozy on chilly evenings. 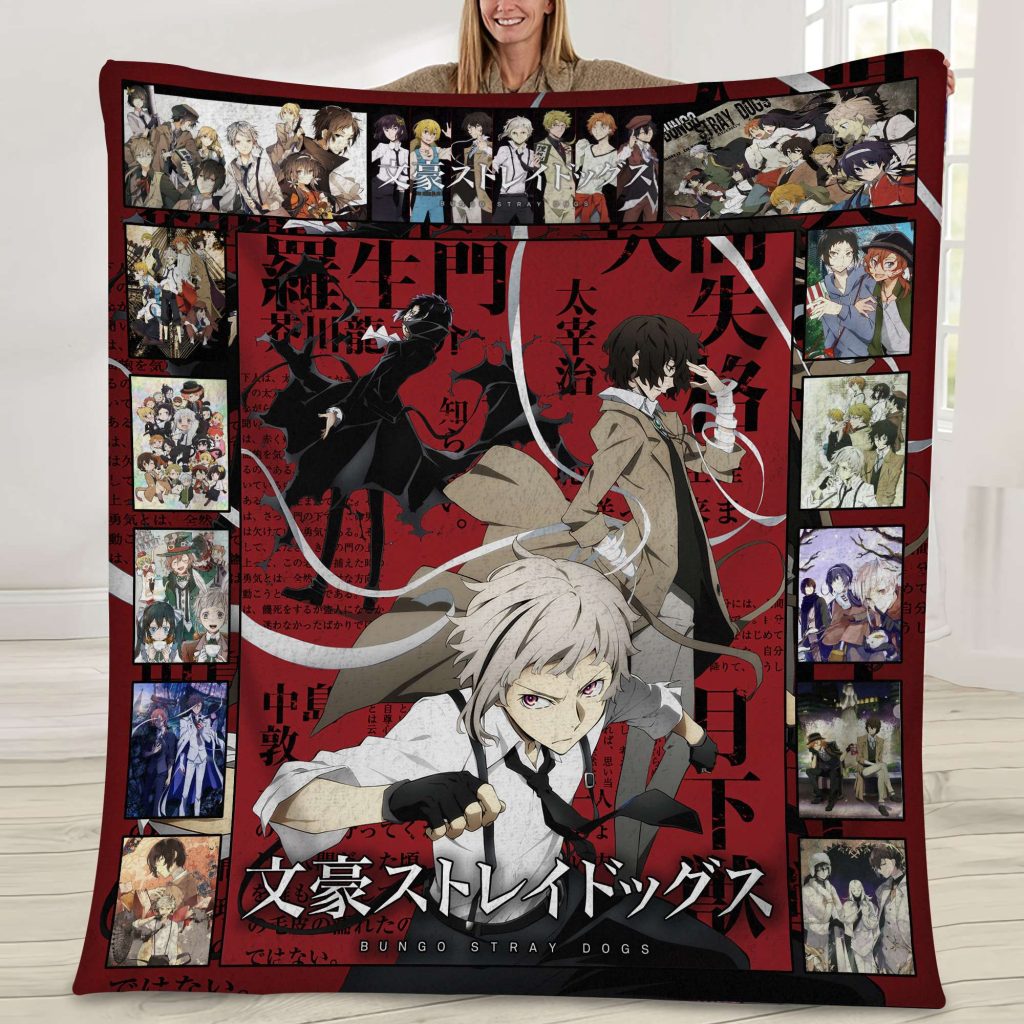 This amazing Chainsaw Man Otaku Manga Japan Anime Quilt Blanket is perfect for all fans of Japan, anime and manga! This awesome blanket will make any otaku happy everyday. 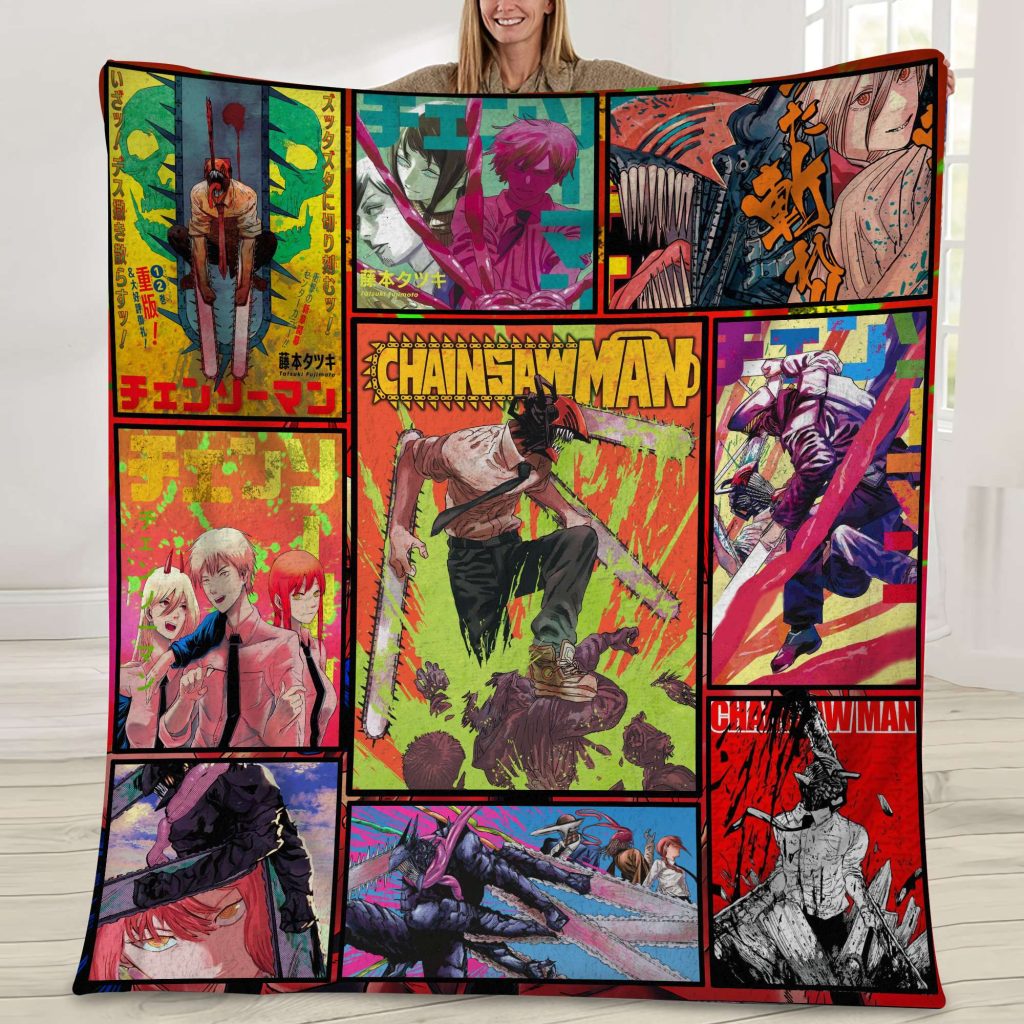 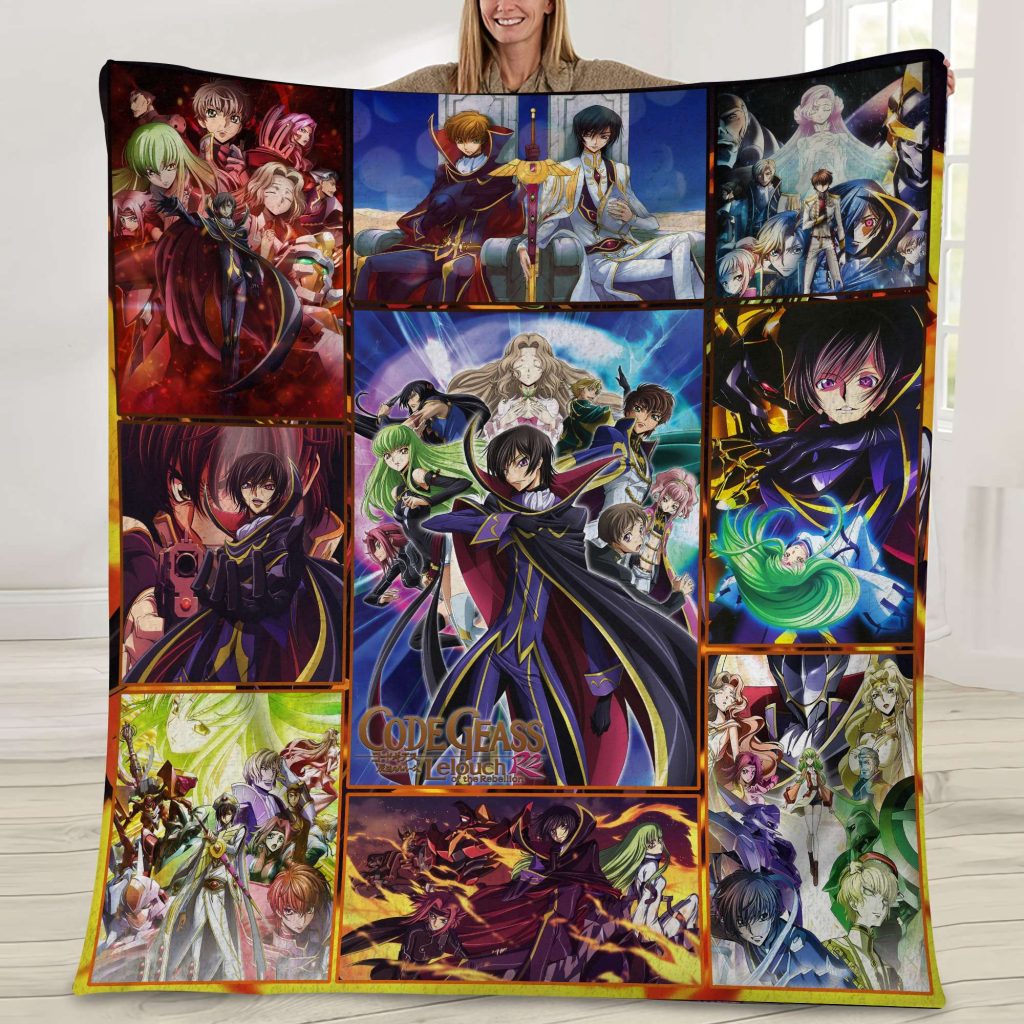 You can cuddle up on a chilly day with the Dabi My Hero Academia Harajuku Anime Manga Quilt Blanket because it is adorable, plush, and toasty. 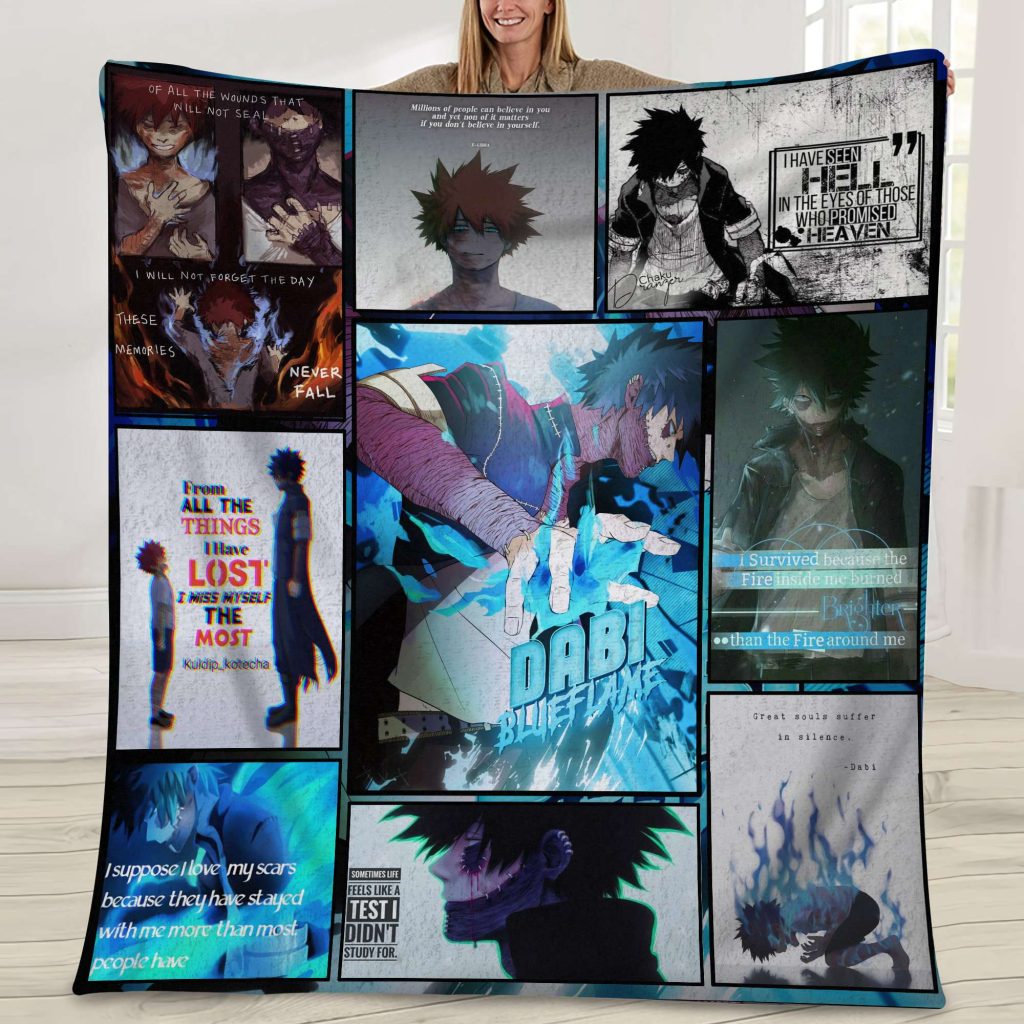 Ghost in the Shell, an anime classic and subject of a live action adaptation starring Scarlett Johansson, is full of stylish outfits and intriguing characters who have inspired creative patterns. This Ghost In The Shell Motoko Kasunagi Japan Anime Quilt Blanket is a must have for fans of this beloved cartoon series. 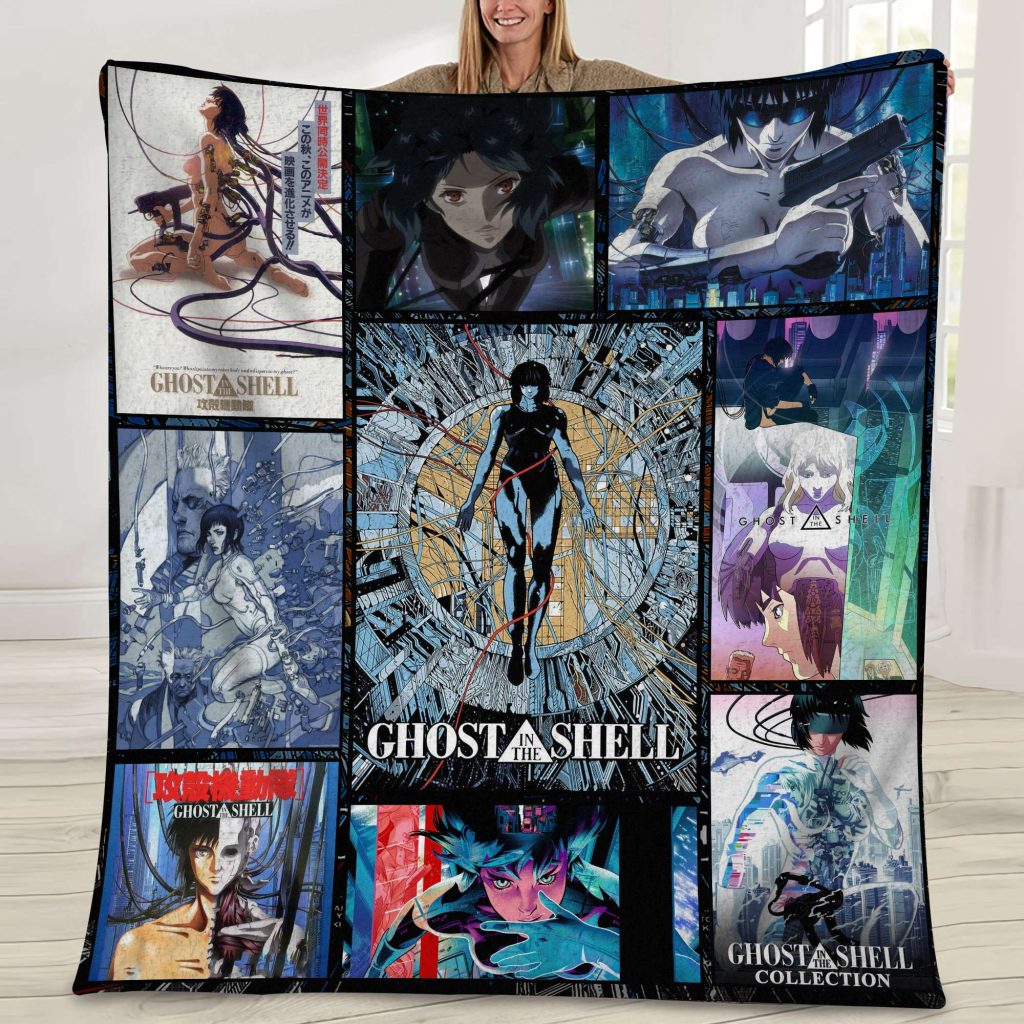 This adorable blanket has a very soft construction and includes Black Clover Otaku Waifu Japan Anime. The quilt is ideal for sleeping, snuggling up at home, or camping out under the stars! 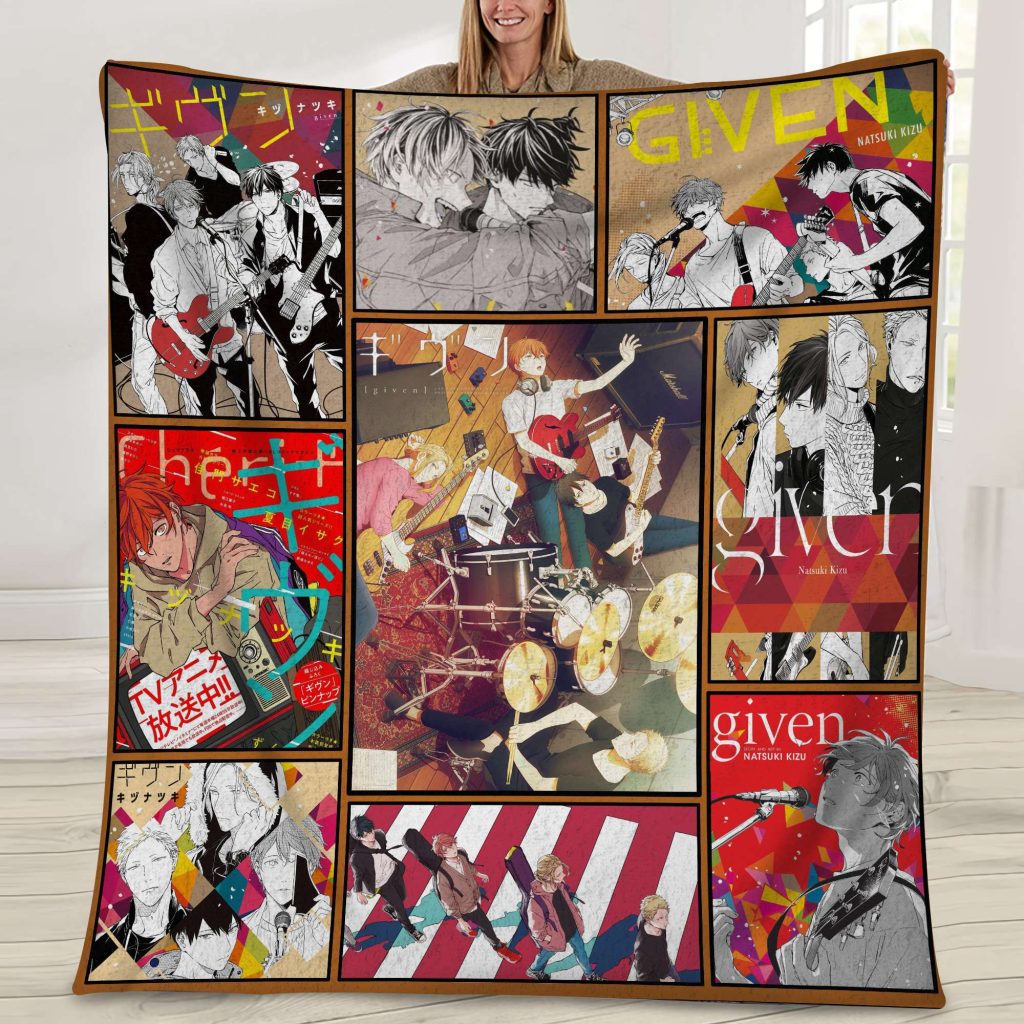 The Fullmetal Alchemist Anime Manga Quilt Blanket is a great way to make your bed or sofa more comfortable, show off how much you love anime, and add some aesthetic appeal to your room. 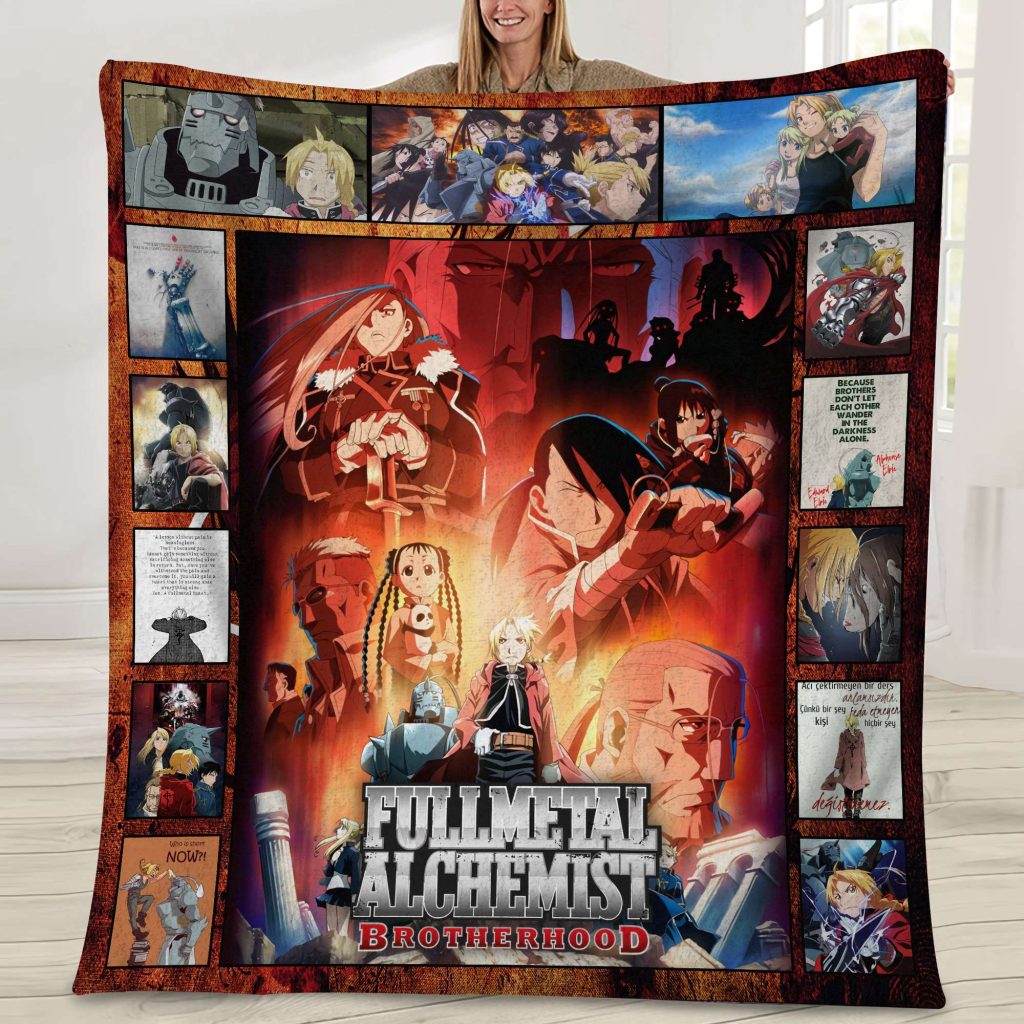 This is your opportunity to bring the world of anime and manga into your own home or place of business! The variety of sizes available for our Haikyuu Anime Manga Quilt Blanket. 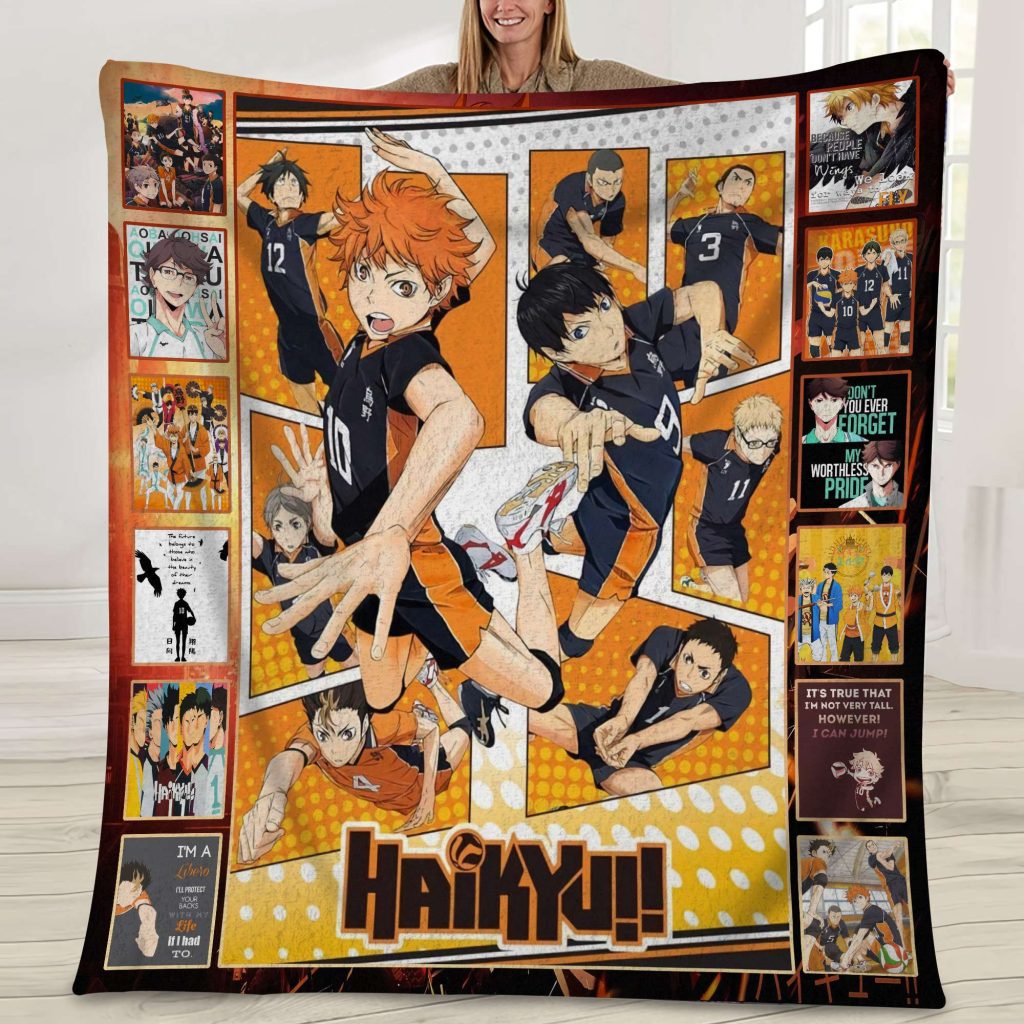 Hunter X Hunter Anime Manga Quilt Blanket is designed with adorable cartoon print and characters. This blanket can be used as a bedspread, tablecloth, picnic blanket or wall hanging. 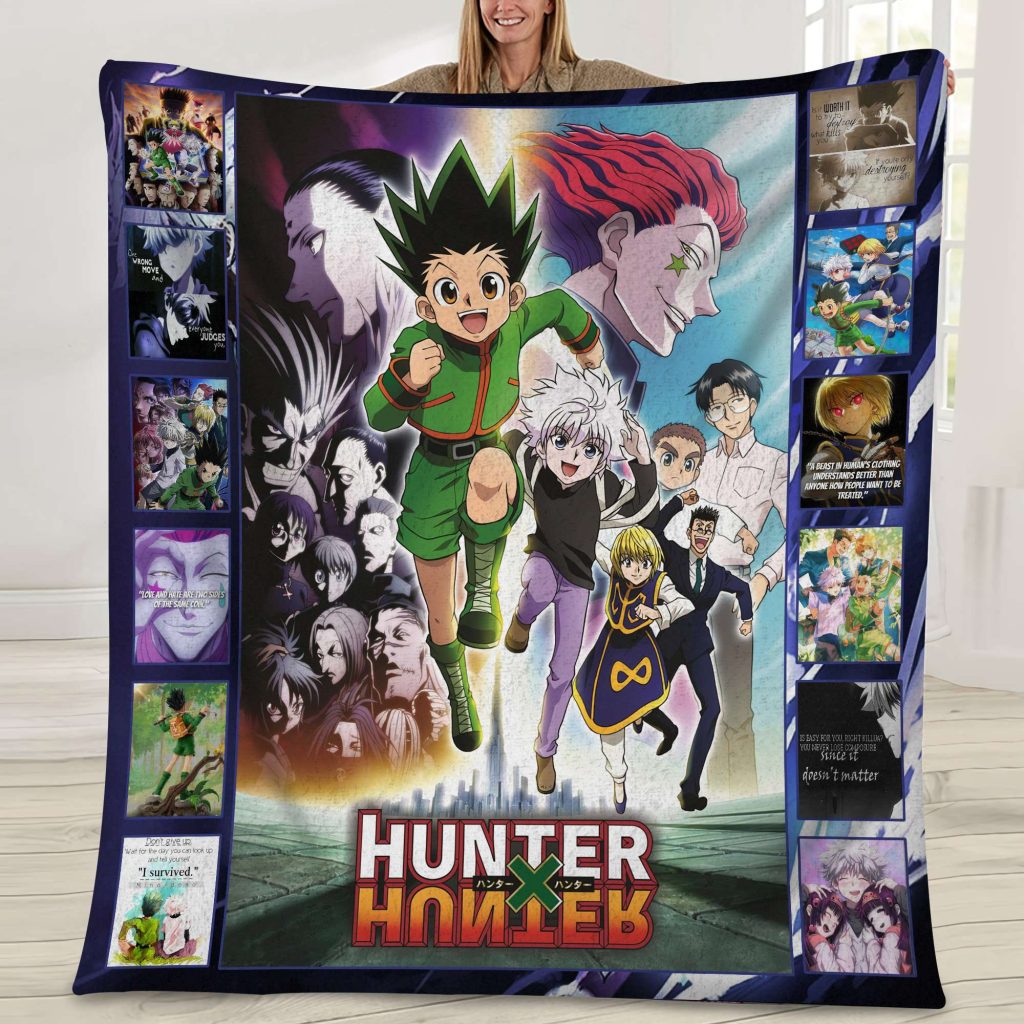 The much-loved character Hanako-Kun from the Jibaku Shonen Hanako-Kun manga is shown on this cozy blanket. It is constructed entirely out of cotton and comes in a variety of sizes. 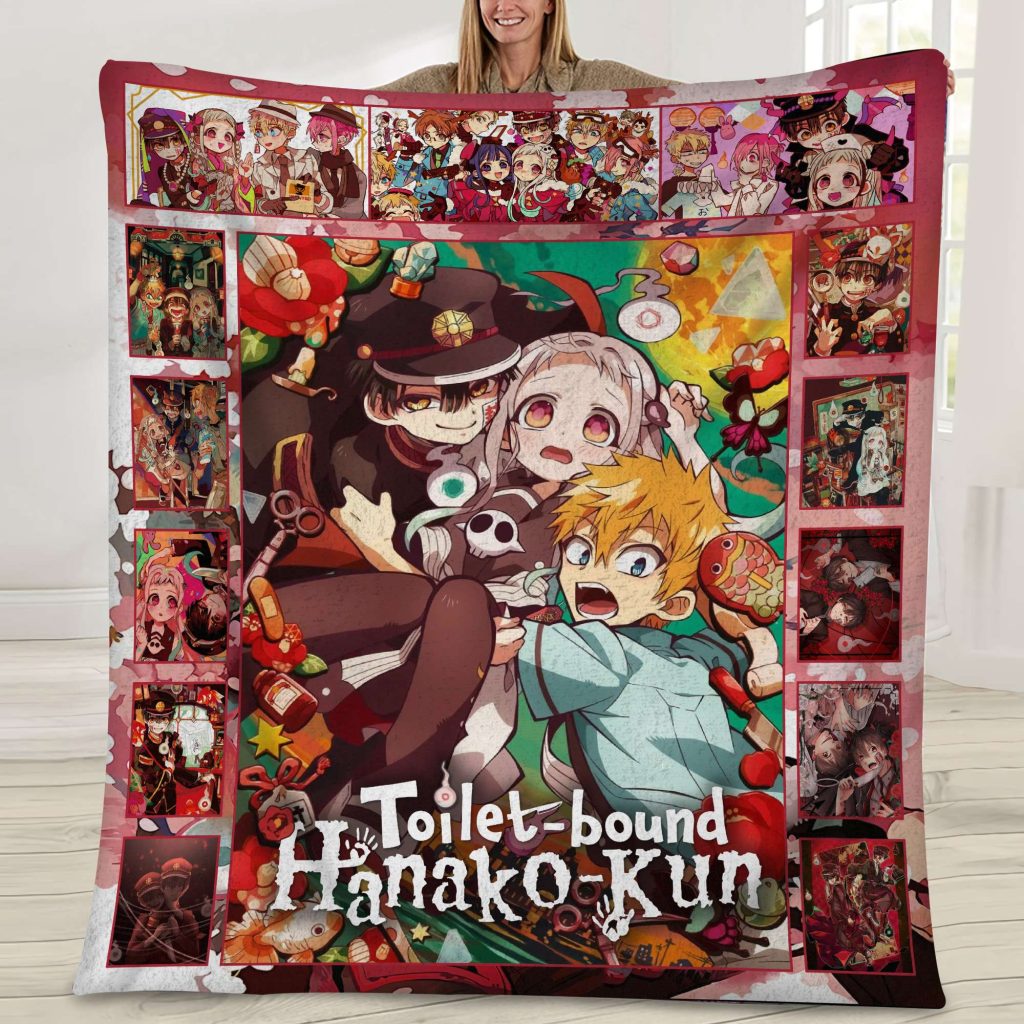 InuYasha anime manga The Quilt Blanket is lovely, and it is constructed of the fabric of the highest possible quality. The blanket is a cuddly and cozy option. 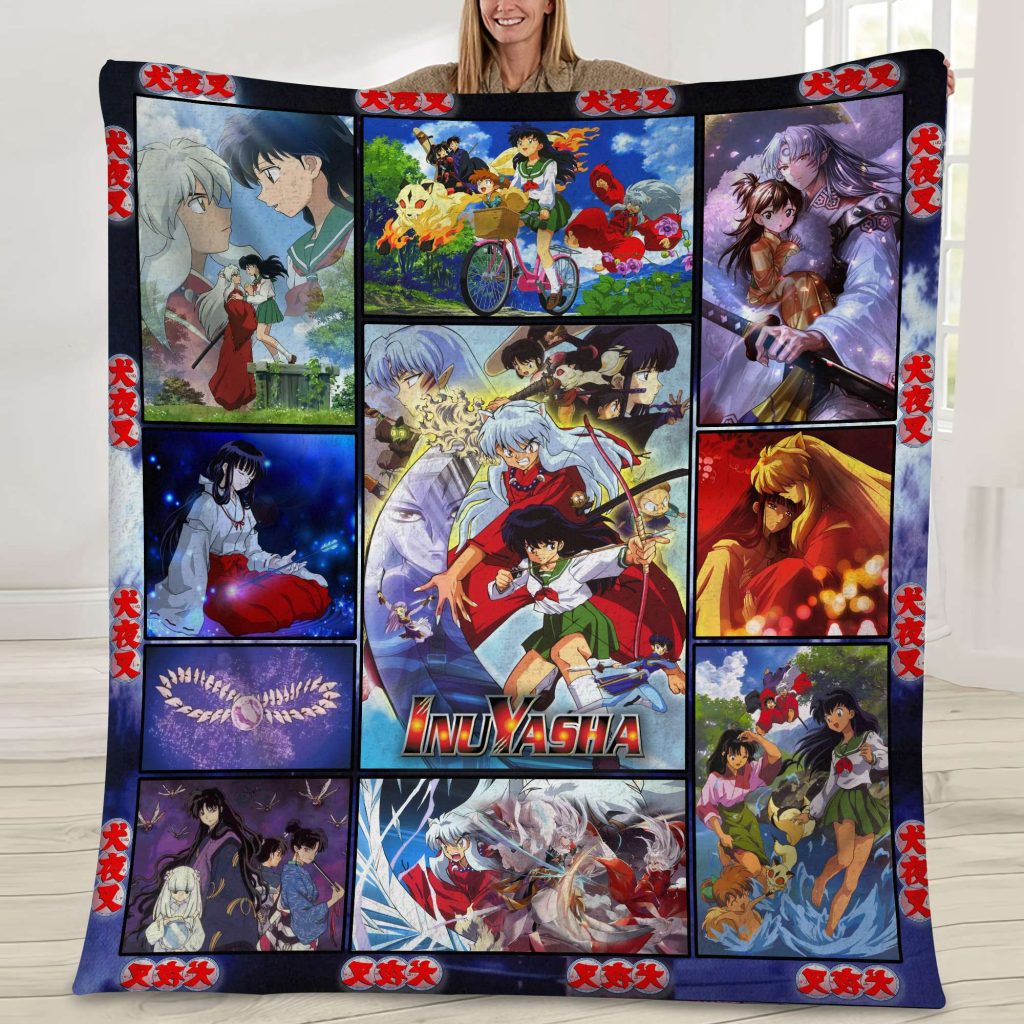 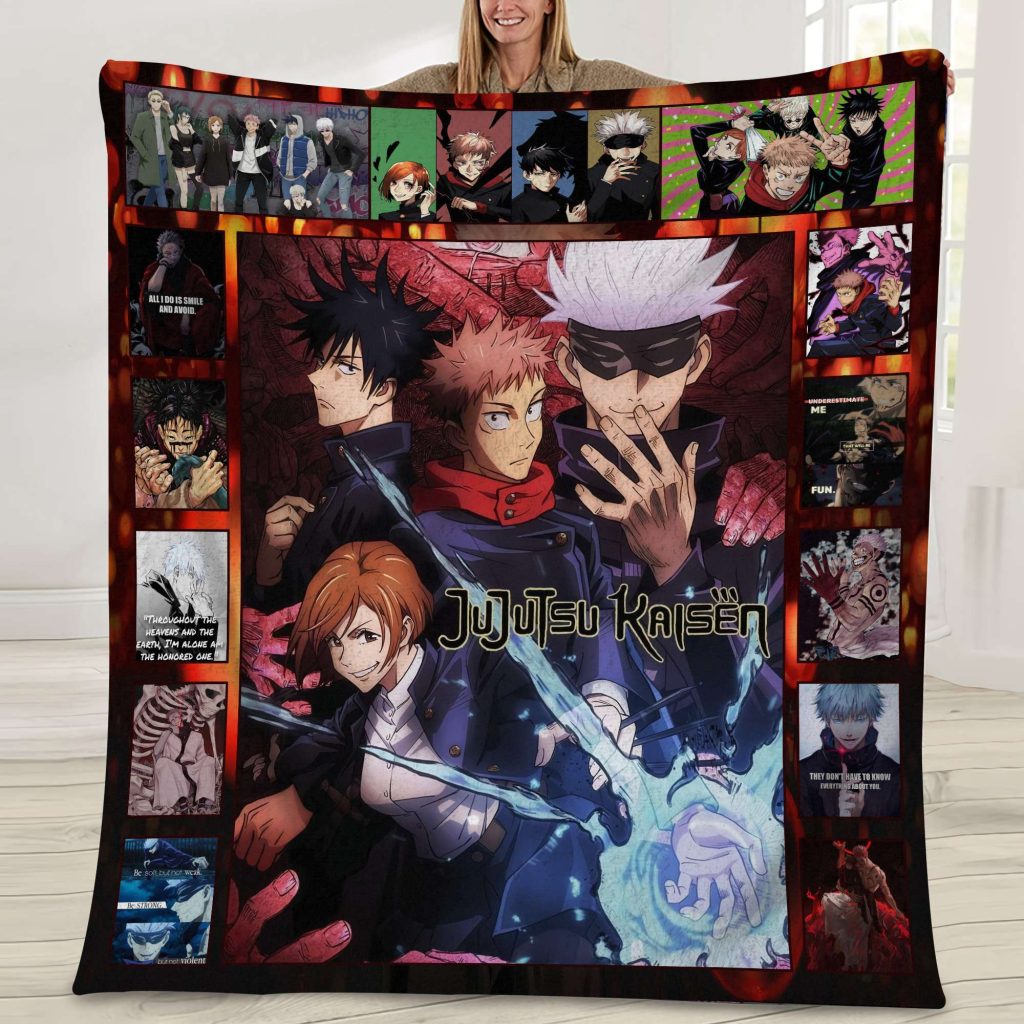 An action-packed anime that centers on the intense rivalry that occurs between several schools of martial arts, Jujutsu Kaisen has a lot of great fight scenes. This throw is designed to seem like a page from a manga, and it depicts all of your favorite characters from the series poised and ready to do battle. 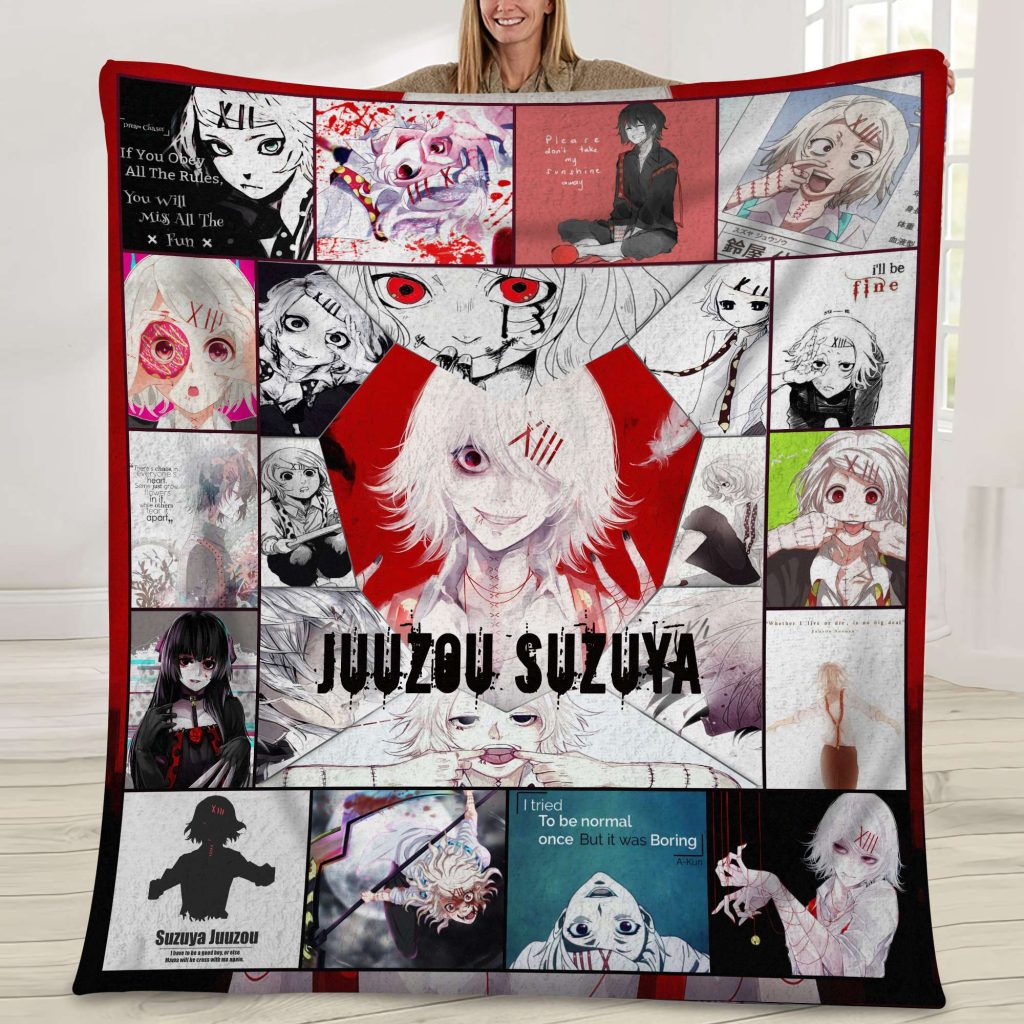 This anime fan is for someone who is a genuine lover of anime! This blanket was hand crafted and was inspired by the anime series Tokyo Ghoul. It is suitable for people of all ages. 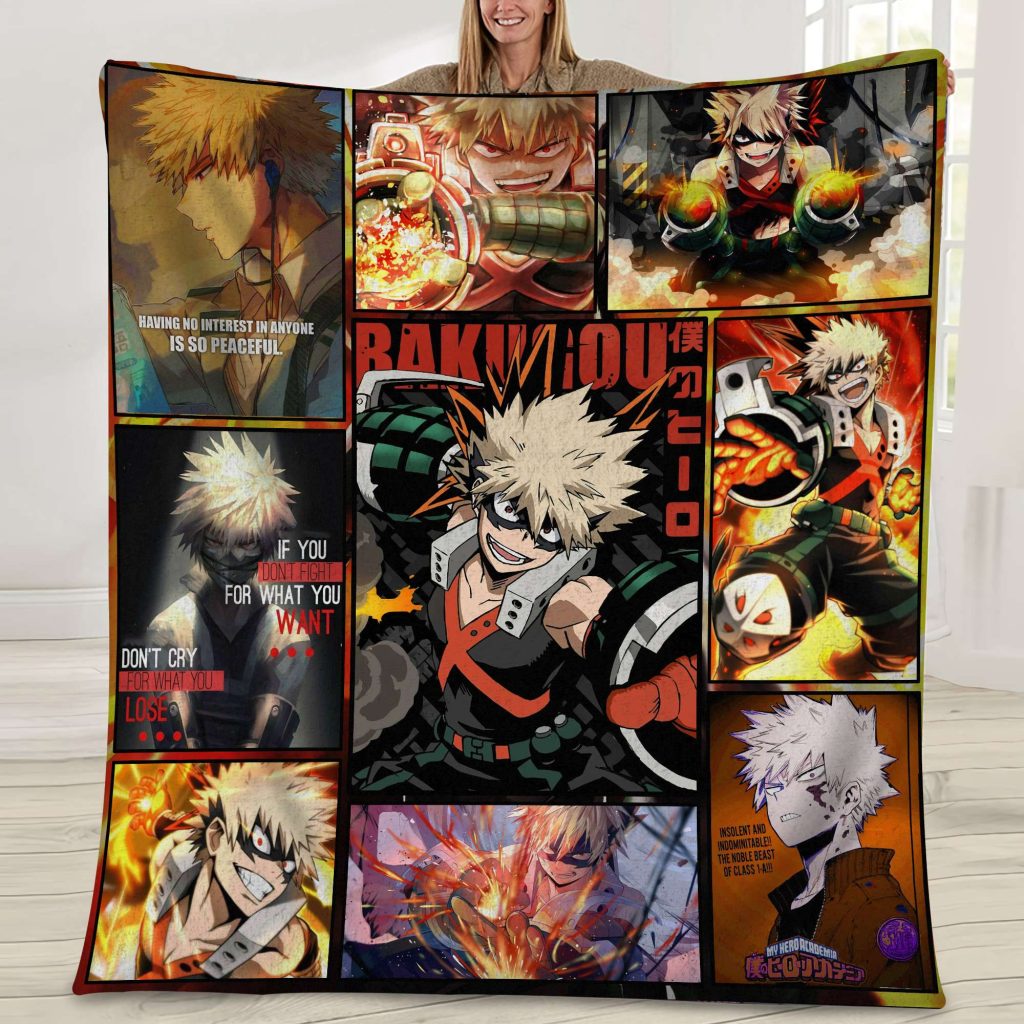 Katsuki Bakugo, one of the major characters in the manga and anime series My Hero Academia, is the daughter of a famous hero couple from the story. We are delighted to provide you this My Hero Academia–themed quilt, which has an intricate pattern. 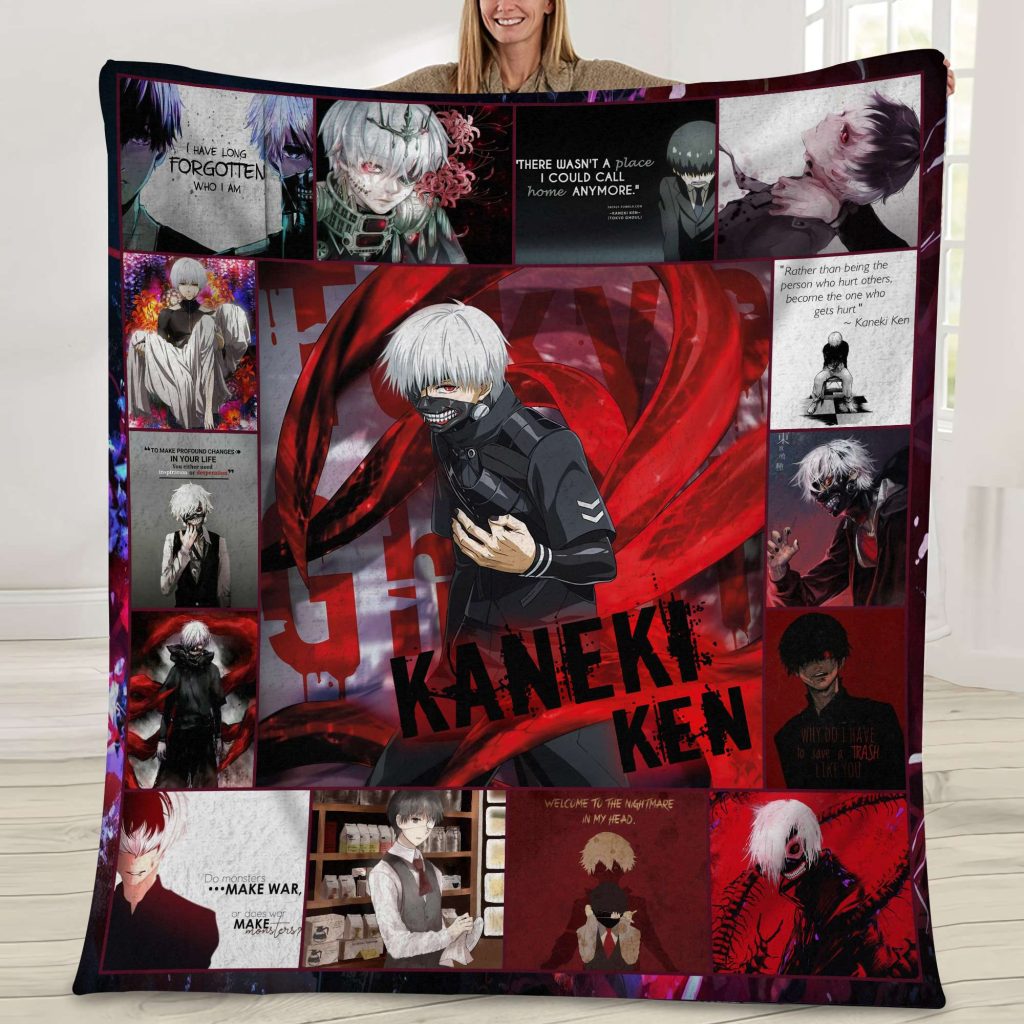 This plush blanket is of exceptional quality, and it features Ken Kaneki, the main protagonist of the anime series Tokyo Ghoul. Those who are fans of manga or anime will like the fact that this draping blanket is available for purchase. 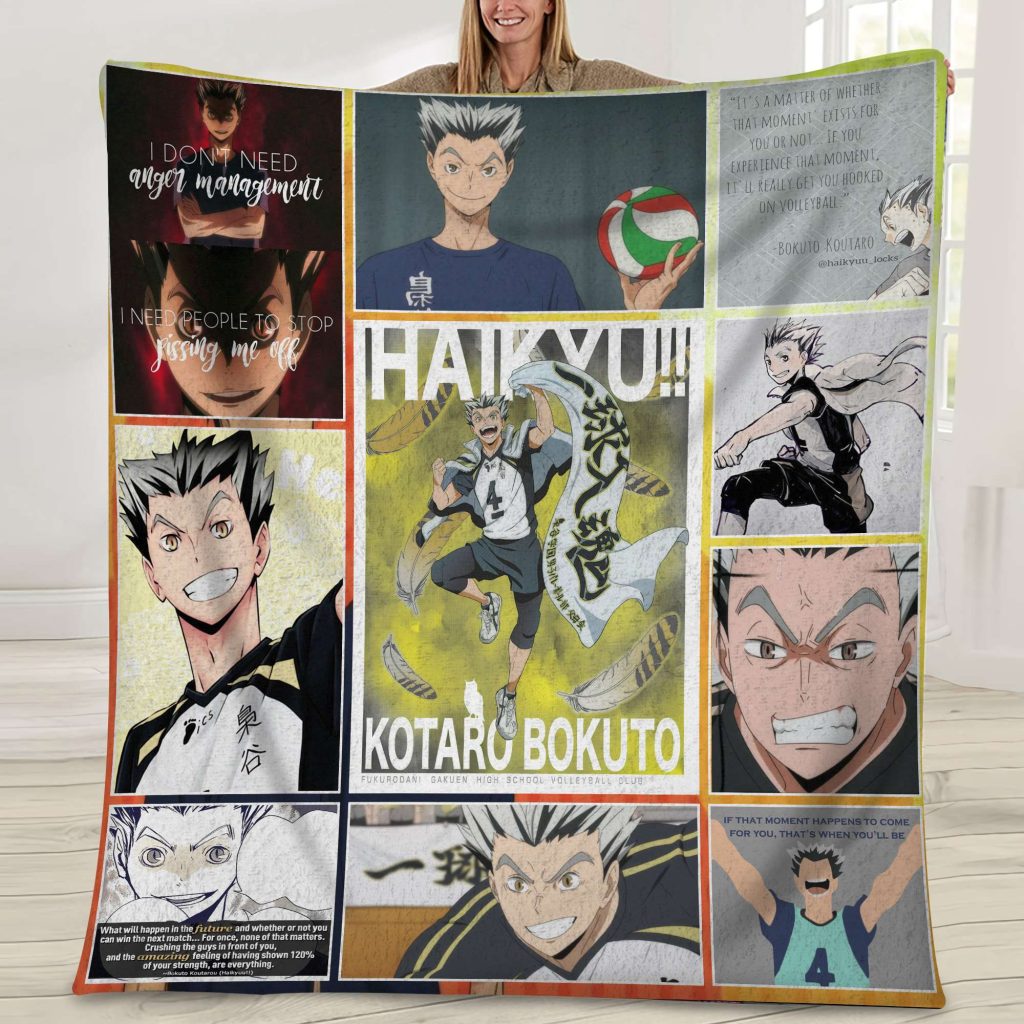 Fans of the anime or manga will like this Kotaro Bokuto Haikyuu Anime Manga Quilt Blanket as it features their favorite characters. It showcases a stunning graphic of the well-loved figure in a bold, attention-grabbing style that is certain to leave a lasting impression on anybody who views it. 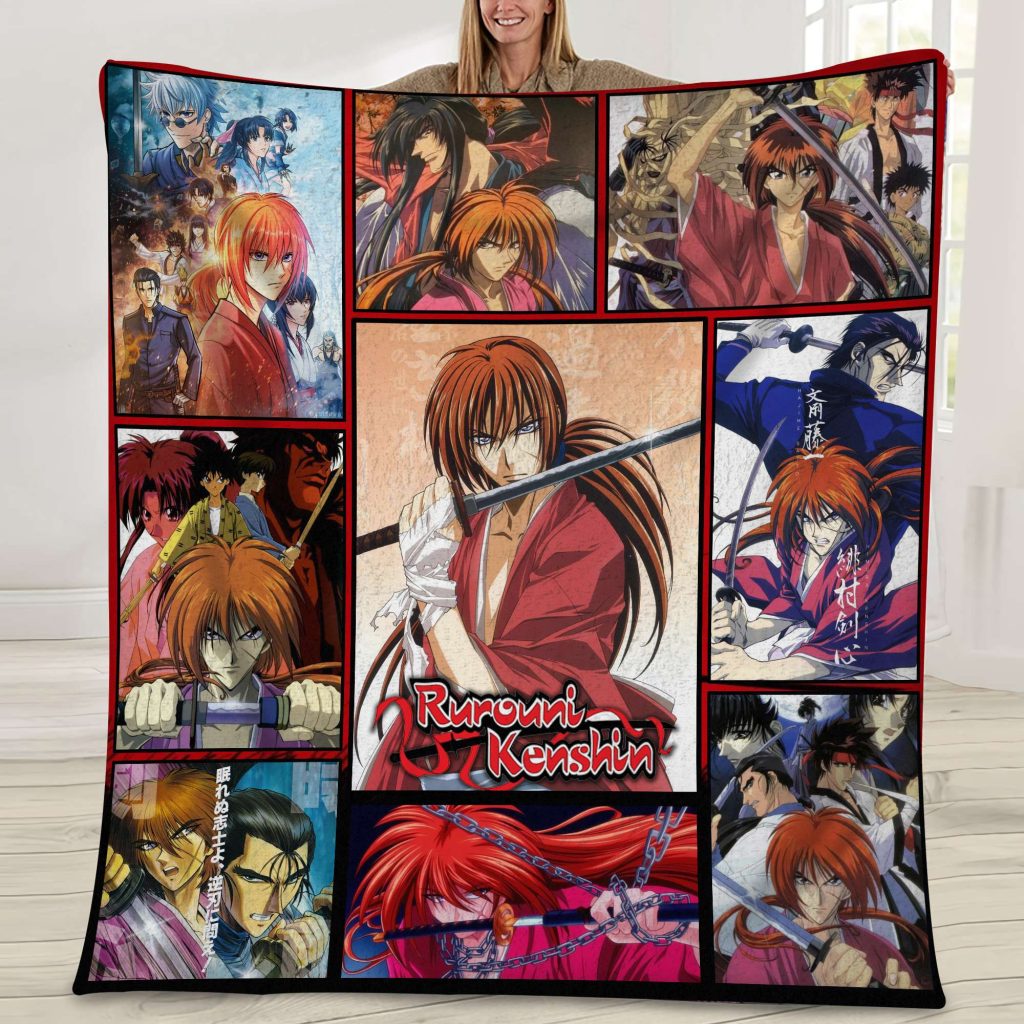 This Rurouni Kenshin Himura Kenshin Samurai Japan Anime Quilt Blanket is the perfect gift for any anime fan and it’s also a great addition to any bedroom or living room. 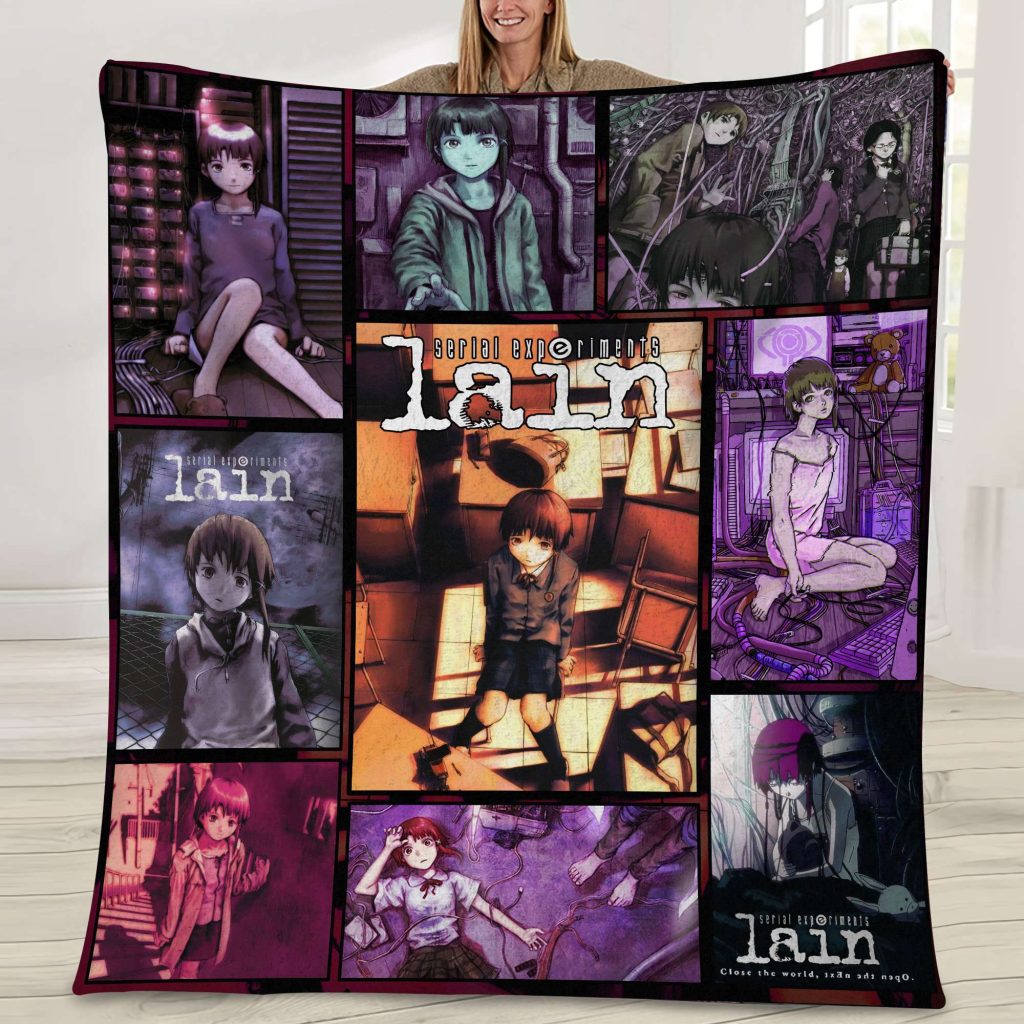 Fans have embraced the series’ ever-expanding history, demonstrating to others how fantastic it actually is. If you feel the same way about Serial Experiments Lain, then you should get one of our wonderful quilt blankets right now! 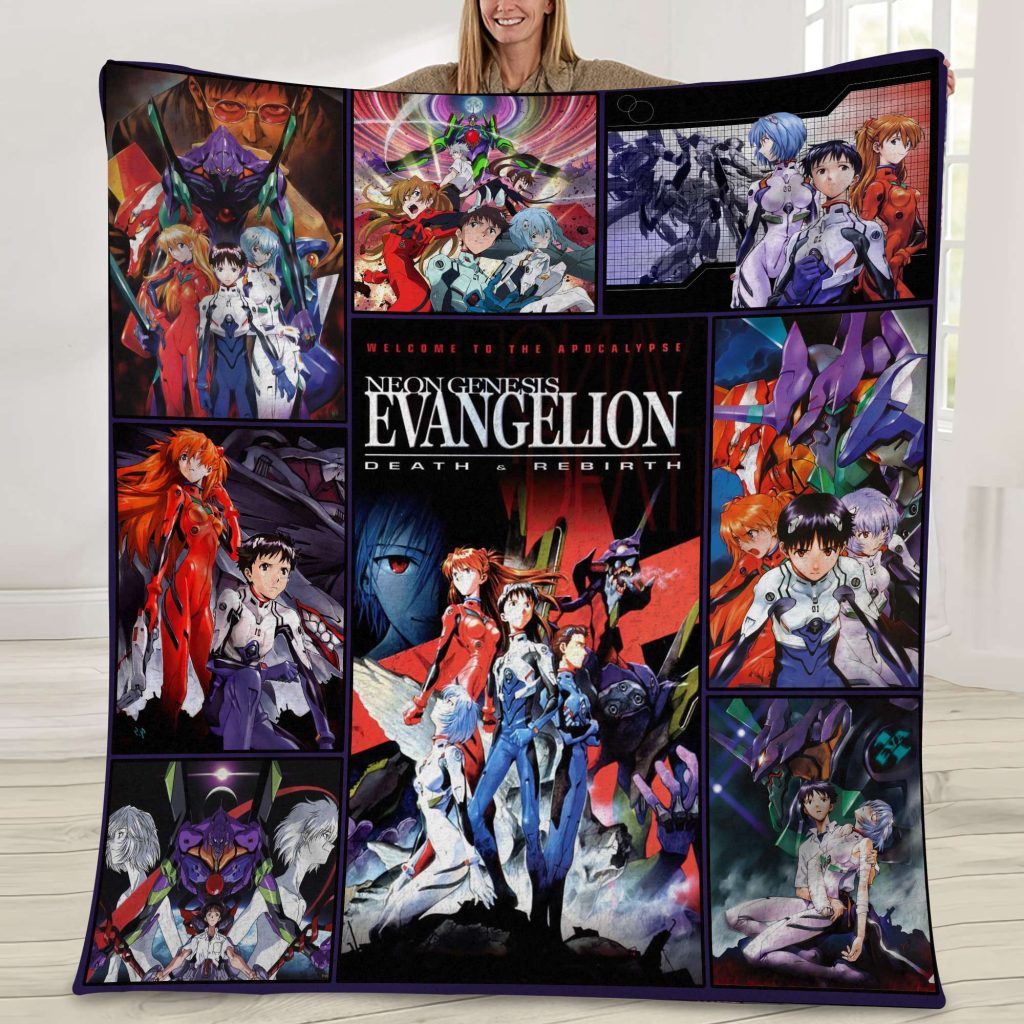 Shin Seiki Evangelion Asuka Rei Shinji Japan Anime Quilt Blanket is a thick and soft blanket made with high quality elastic to keep you warm and comfy. This item is the ideal present for relatives or friends that like watching this anime series. 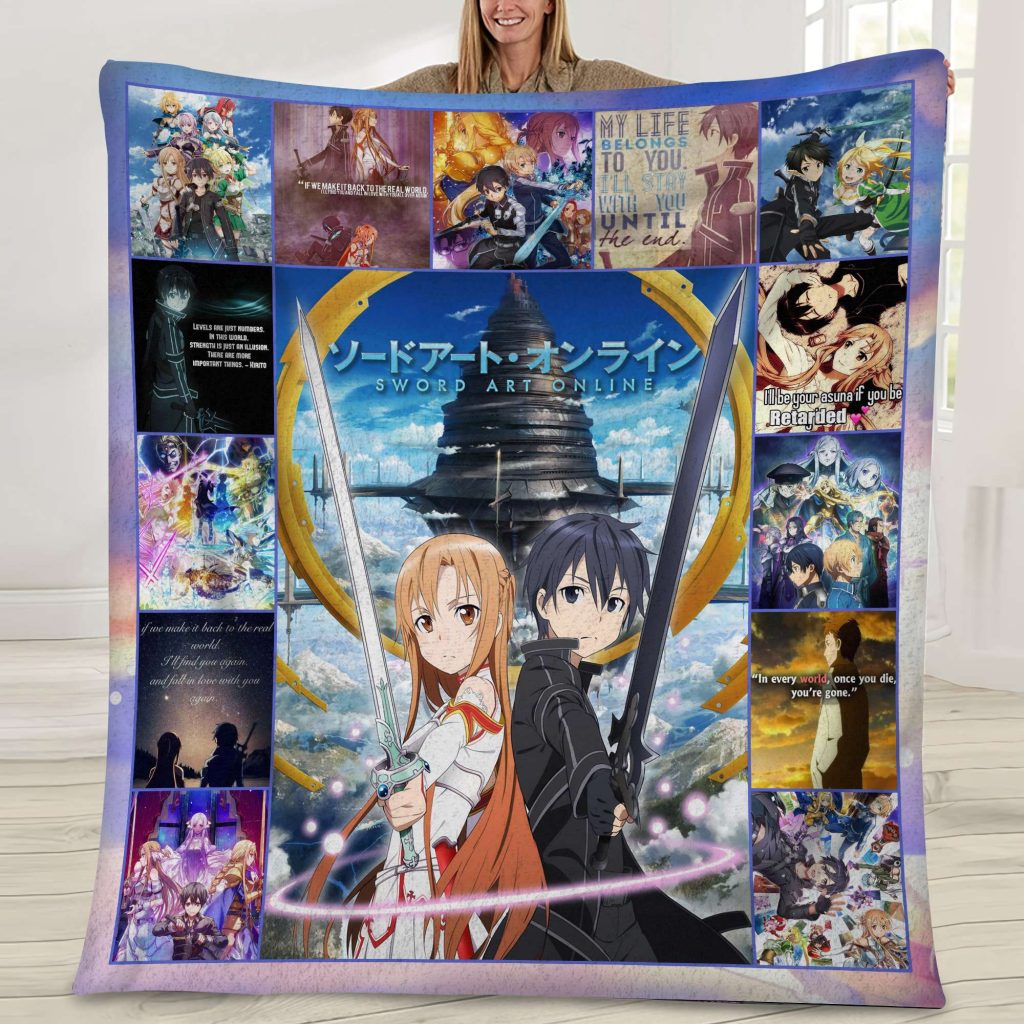 This Sword Art Online Anime Manga Quilt Blanket displays the major characters in their classic stances on a black background, and it will be an excellent source of comfort when you watch your favorite episodes or read the manga! 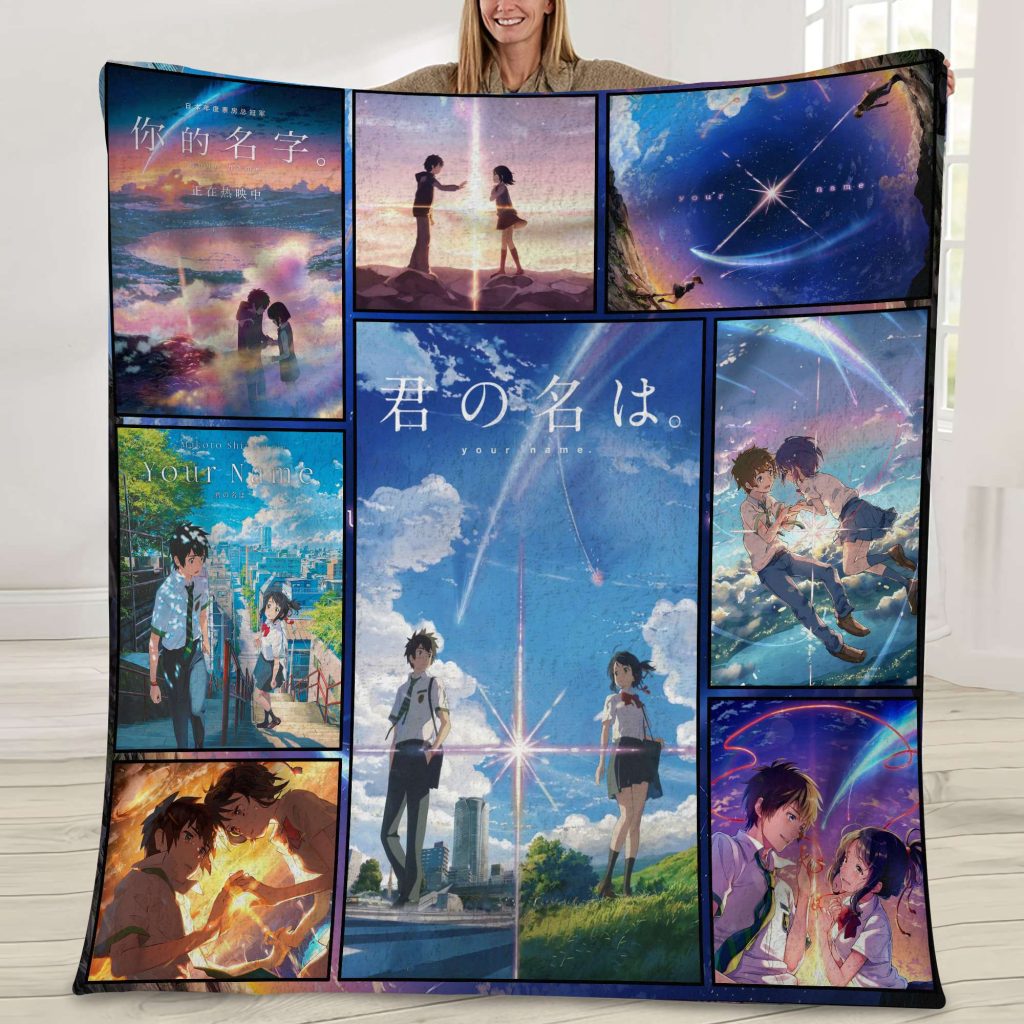 This Japan Anime Quilt Blanket is ideal for fans of Anime and Manga. Its large size allows you to easily wrap yourself in it while watching your favorite show.

There are still many anime design blankets for anime lovers at Anime Blanket Collection. You can choose the characters, graphics, or anime that you like most. Contact us if you do not find the graphics you want.

A collection of blankets for anime lovers is an essential component of anime fanciers’ life. These blankets are made in a wide variety of fantastic designs with a wide variety of well-known characters, anime, and manga images, and the prices are pretty decent pricing. You may select these cool graphics of amazing anime blankets as a guide to help you choose the most original and high-quality blanket for either yourself or to give as a present.